A couple of days ago I was listening to James Valentine on 702 ABC Radio.

I did not catch the start of the conversation, but it was a lady called Susan, and she was rather upset that a blue tongued lizard had left her for the neighbours.

This lizard who was affectionately known as “Bluey” had lived quite happily in Susan’s yard for 15 years.

Valentine was trying to understand why Bluey might have left. He did ask if the lizard left her for a younger family. Susan responded saying that Bluey rather likes the middle aged lady, and no it was not an age thing that made her beloved lizard leave. 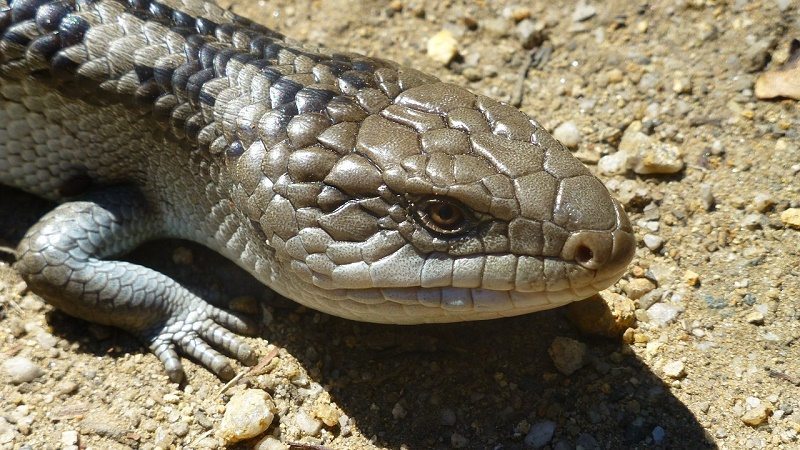 Susan did think it was the fact that the neighbours lured him with bigger and tastier bananas that the lizard pulled up stumps and decided the grass or really the bananas were better elsewhere.

I off course was giggling all the way to school pick up with the questions and concern from Valentine.

Then the true cause for why Bluey left was revealed. It was his near fatal drowning. Don’t fret dear readers, Susan saved bluey but I think in the process the lizard suffered some post-traumatic stress and therefore decided the neighbours were a safer option.

So what actually happened to cause a near fatal drowning?

Susan has a pool and it was not that clean on the day of Bluey’s incident. The pool had leaves covering over the top and to a lizard it appeared to be solid. The lizard walked on leaves believing it was land and of course he sank to the bottom of the pool.

Susan was upset and jumped in to rescue Bluey and managed to get the lizard out unharmed. She made sure to do a bit of lizard cpr and no she did not give Bluey mouth to mouth! She used a couple of fingers to tap his chest and remove the water that the poor lizard swallowed.

After this occurred, Susan said to Valentine that she explained what had happened to poor Bluey and gave him some banana to hopefully make him feel better. This did not help and Bluey left for the neighbours.

I do applaud Susan for saving Bluey and feel for her that he left for next door. However from a lizard’s perspective this would have been rather traumatic.

The next day after hearing Susan’s story James Valentine had a wildlife expert on to understand why the lizard would have left, and how Susan can win him back (He had Susan on the line as well during the interview with the wildlife expert).

The expert stated that it was most defiantly the near fatal drowning and the cpr that shocked poor Bluey. The expert said that if Susan gets some tasty snails and leaves a few of them around it could hopefully win back Bluey to come to Susan’s yard. He did suggest tips to make the pool safer for the lizard and to ensure that there is no repeat incident (Putting planks of wood over the pool so Bluey can walk and not fall in)

During the conversation the day before Valentine did question if bananas were like feeding birds bread. Was it good for them? It was a concern and I wondered also.

The wildlife expert said that bananas are fine to feed blue tongue lizards and it is not bad at all. Good to know. He also mentioned that the lizards like a mix of fruit salad as well.

I know that pets are like family and I get it. I spent a lot of money on my beloved cat Thomas before he passed away.

I now wonder if Susan has managed to have Bluey come back to visit, or if he has decided to stay with the neighbours?

With this whole tale, it got me thinking… What was the most out there thing you have done for your pet?

Have you saved your pets life giving it mouth to mouth? CPR? Maybe a friend has done something similar? Is there something else that is just as odd that happened?

Our Preview of The Easter Show

I Want to Live in Bluey’s House