I am shocked at what I have been reading in the papers. Chief Executive Paul Heath of JBWere told a pregnant exec that, “in his experience a woman’s IQ halves when she falls pregnant.” Also in another article Evan Thornley says that “Women like men, only cheaper.“ 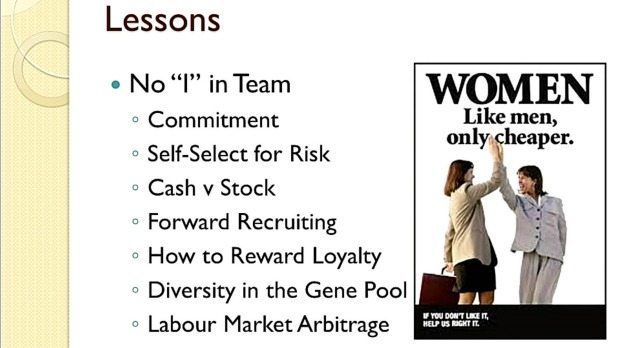 It is 2014 and nearly 2015. There are more women than men in Australia and other countries have more women also. We need to be treated fairly. I don’t get why we are still faced with this discrimination? As a mother of girls I hope that this is not still happening when they join the workforce. Belittling women due to sex, underpaying them due to their sex and for no other reason is just wrong!

I wonder what the outcome would have been if Paul Heath had told a man that his IQ halved when he had kids? Would he have been punched in the face? Would he then be told to F Off? Or watch what he says? I am sure he would not dare to say these things to a male colleague but a woman is fare game.

Fancy this being said to you by your manager:

“Mr Heath was also accused of asking Ms Thorton to turn around in March 2009, while she was pregnant, and then allegedly saying: “yup, you are having a boy because your bum has blown out.”

Evan Thornley’s talk at the Sunrise Start-up conference was hugely popular and of was mainly made up of men. I wonder if they are now going to do exactly what Mr Thornley was preaching? Use women in their businesses and pay them cheaper than the men? Mr Thornley did say that he gives women a chance, gives them more responsibility and gives share options. All great. However why would he say “Women like men, only cheaper” if he did not mean it? I do like the fact that he is saying he sees the potential in women who are high achievers in the tech sector. However that should come with the same and equal pay, bonuses and extras like the men have. All equal. Same role, same pay!

I do understand that if you negotiate for a bigger bonus or if you have extra skills to bring to the table you might get a bit extra, however for the same role your pay without extras should be the same.

Below is a snippet from the Sydney Morning Herald Article about Evan Thornley:

“Call me opportunistic, I just thought I could get better people with less competition because we were willing to understand the skills and capabilities that many of these women had,” he said.

“There’s a great arbitrage there, we would give [women] more responsibility and a greater share of the rewards than they were likely to get anywhere else and that was still often relatively cheap to someone less good of a different gender.”

While Mr Thornley said he wasn’t advocating that the gender pay gap should be perpetuated, he said it provided “an opportunity for forward thinking people”.

What are your thoughts?

I personally think it is terrible that this is still happening.  I do believe that you can do jobs and get paid well regardless of your sex. As long as you are qualified, do your job well and can hit your targets all is good and you should be rewarded fairly for it. Not underpaid and not treated as a second class citizen.

I wish we could give men a taste of what they dish out and see how they cope. I know the majority of men are not like t his and it is just a few. It only takes a few to spoil it for the many. My male friends don’t think like this and hubby would love me to be out earning him. One day when my book is written and is widely popular you never know right????

Have you had something like this happen to you? If you are happy to share I would love to hear your story. 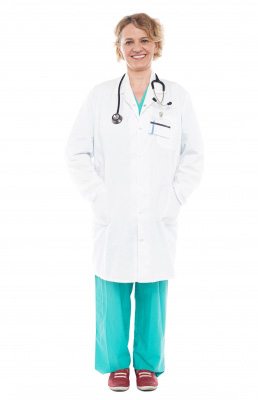 This might be the girls one day. Fairy Doctor Specialists. Or at the very least a doctor. Image courtesy of stockimages at FreeDigitalPhotos.net

What can we do?

As I am mother of girls I am giving them experiences that are not gender specific (I hate the ironing board and cooking things for kids. Although my kids play cafes and cooking). Lego, building things, we learn about science, maths and all sorts of things. I make sure that I give them all sorts of toys to foster development and I don’t want to just focus on homely toys. I do hate toys that are all pink and girly but the twins love some of that. I have a bit of the girly toys and others that allow them to learn all different things. A mixed bag for toys at our place.

I am making sure that the twins know that they can be whatever they set their minds to. As long as they apply themselves they can achieve.

How a simple Doctors Appointment Changed how the Twins think:

After our specialist appointment for the girls ears nose and throat specialist (Dec 2013)  I was unhappy as they only told me the appointment would cost $200. However when I went to pay I was told I owed $400. It was $200 per child! Yes annoying. I paid and grumbled all the way to the car. When I got to the car Julia asked why I was unhappy. I told her that it was very expensive and I was not expecting it to be that much. She said that the naughty man took all our money. I told her no he was not naughty but in actual fact very clever. He earnt $400 for less than 15mins work. She asked what type of doctor he was. I told her he was a specialist. Julia for a long time has wanted to be a Fairy Doctor. After this appointment she told me she wants to be a Fairy Doctor Specialist.

How interesting, it was that after a doctors appointment that both girls want to be specialists with what they do when they grow up. I wonder how this will influence their career path? Will they both be Specialist Doctors? Only time will tell.

What do you do to show that girls and women can paid well? Let us know.

Time Out Idea: Kids Sleep Over With Family