Yesterday we were all set to go to the Baby & Toddler Show. I was excited and so were the kids. However this was not to be. Our car broke down and we were stranded. The family ended up waiting hours on a hot day for a tow truck to come collect us and the car. 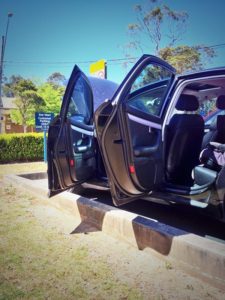 One up side was that we managed to get to a petrol station and that allowed us to wait in shade, have access to food, drink and their bathroom. Without a bathroom for this long wait I think it would have been a nightmare, and of course making sure everyone had ample fluids.

Entertaining kids in a place where there is nothing to do is stressful to say the least. It was hot so kids could not be in the sun. They could not run around as we were at a petrol station, and we did not want them to get dirty as we would be in someone else’s car to go home. This was not fun for the girls as the five year olds job is to get dirty and create mischief and all these things have been taken from them. The kids were grumpy and we were grumpy as well. 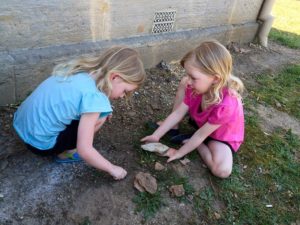 Playing while waiting for the tow truck

The twins created their own games with rocks and played in the sand near a building we were using for shade. They did not get messy so that was a win on all fronts. I did get an ice cream for us all to cheer us up a little bit and the kids managed to have chocolate all over their faces, but soon wiped it off.

The tow truck has arrived! Yippee!

When the tow truck finally arrived it did not have room for all four of us. The driver did not want to take the kids as he did not have the correct seats. Hubby rang back to orgainse something else and they told us we would need to get a taxi home. Hubby went with the tow truck driver and I stayed with the girls for the taxi. The taxi finally arrived and us girls were on our way home as well.

It ended up we waiting about 3 hours at the petrol station and it took about 4omins to drive home so about a 4 hour waste of a day. At least this was discovered now rather than later. Hubby has to get to the airport today, he is flying to Melbourne for work. I will be driving him this afternoon. If his car did do what it did yesterday today, he would have missed his plane.  So that was a benefit of it happening on Saturday.

The negative is that we only recently fixed his car all up and paid a lot of money for it. I just hope that it is not a lot to fix this issue and it all rights itself. I am sending vibes into the universe for either a new car or winning the lotto? Well you never know right? Maybe getting a job that pays a lot of money will help? Not sure if that will happen either.

Crossing fingers and toes it all sorts itself out and the car is better soon. Poor thing will be looked at by our trusty mechanic and hopefully he will have an answer and a fix for the car soon! 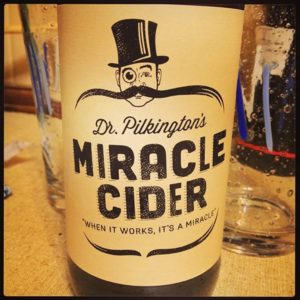 Miracle Cider, I drank the night before. Still waiting for my miracle. However think the miracle happened with the state of relaxation I felt after drinking. It was a nice and refreshing drink.

Have you been off somewhere and your car broke down? Did you manage to get to where you were going? Did it end up costing a fortune to fix? Did you get a break somehow and managed to get it replaced? Let me know what happened to you. Send in your comments.

Did you know you get curls with hair dye?

The Power of Bee Pollen

Hope and Trying to Relax