The twins are very active and have been this way since babies. Both kids always want to be on the move, have the same toy or do the same things at the same time. Yes very exhausting! Not only this, they always want to do multiple things at once; watch TV, play outside, read a million and one books and of course draw and paint. As you can imagine this takes a toll on the house and tidiness. I make sure that they do one thing at a time or at least try to, and once done with that task we put it away or at least make it cleaner than it was once the mess was made. 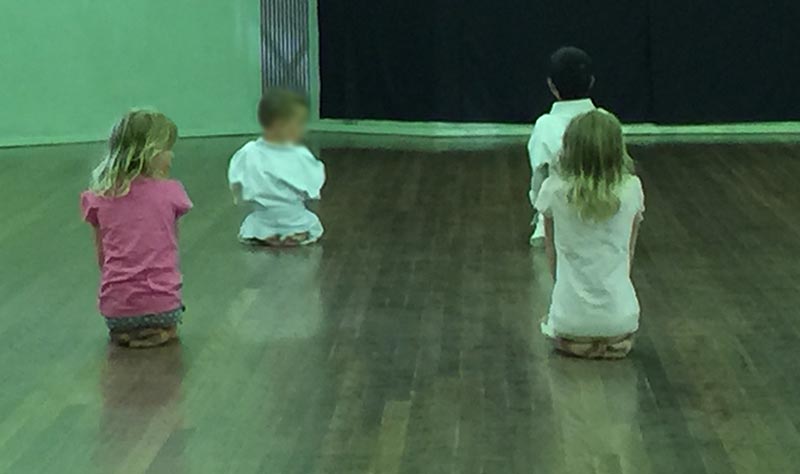 The kids first go at Karate. They loved it and want to go again. I hope they stick with it. We will see.

I am sure that this type of behaviour is not unique to twins or just my household, but I do find that due to the kids being close and so intertwined they are super competitive. I have also witnessed one kid in particular getting frustrated and dealing with this with being aggressive to her sister. It is obvious that she is angry and finds it hard to communicate her feelings and wants, she then just reacts and gets upset when she gets into trouble.

I have tried time out, asking why this behaviour has happened, giving her more activity, I thought it was a an attention issue and spent more time with her, praised good behaviour and made sure to not reward bad, and so on. Nothing was working. We have tried over the years to put the kids into a sport due to them being so full of beans, but this never happened. I am not sure if they were just too young but everything I took them to they either cried, had a tantrum or refused to try.

We tried the following:

I am not pushing a sport on the kids but feel that if they have so much energy it is best to channel it into something positive, get fit and meet new friends as well. Since the kids have been to their first karate lesson their behaviour has really turned around. I am not sure if this has anything to do with it and have noted that they are very sleepy due to all the extra activity we are doing each week. Now we have karate, then dance, and then swimming. Mind you these are all on separate days.

I do think it is too early to tell if karate is helping them at home more…. time will tell and if they stick with it I will then know if it is a help and working for us.

My kids are smart, I am not saying they are geniuses but I believe they get bored easily. This leads to frustration and upset. I think this might be part of the problem with the twins. They need to be stimulated all the time to keep their bodies and minds active.

Have you had incidents where your kids are being so angry and upset at each other? Do they attack each other with biting, hitting, pinching or just anger? I am so over it and I know this is a stage and mind you being with each other all the time, might make you annoyed to. I have tried to give each child some alone time and I am hoping that this might help as well.  It is probably a sibling rivalry issue and it will work out over time. I however don’t want one child to feel like she is the target of the others anger and of course would like it to be channeled in other areas, and for them both to learn techniques on how to deal with emotion and feelings.  I know karate does not focus on emotion and feelings and I am working on this at home.

I am making sure that both kids have some quiet time like meditation, but not really. Just some time to rest, relax and to just be. They have done yoga at school and a bit of meditation so this is not new to them.

So next week we are off again to karate and the one kid that really wanted to do it was so happy. During her first lesson the teacher praised her for standing correctly and all her good work. She was all smiles.

What are your techniques to deal with anger or aggressive behaviour? Send them in so we call all learn.

Donate To The Nappy Collective