My girls have started grade three and since grade one have been in separate classes. 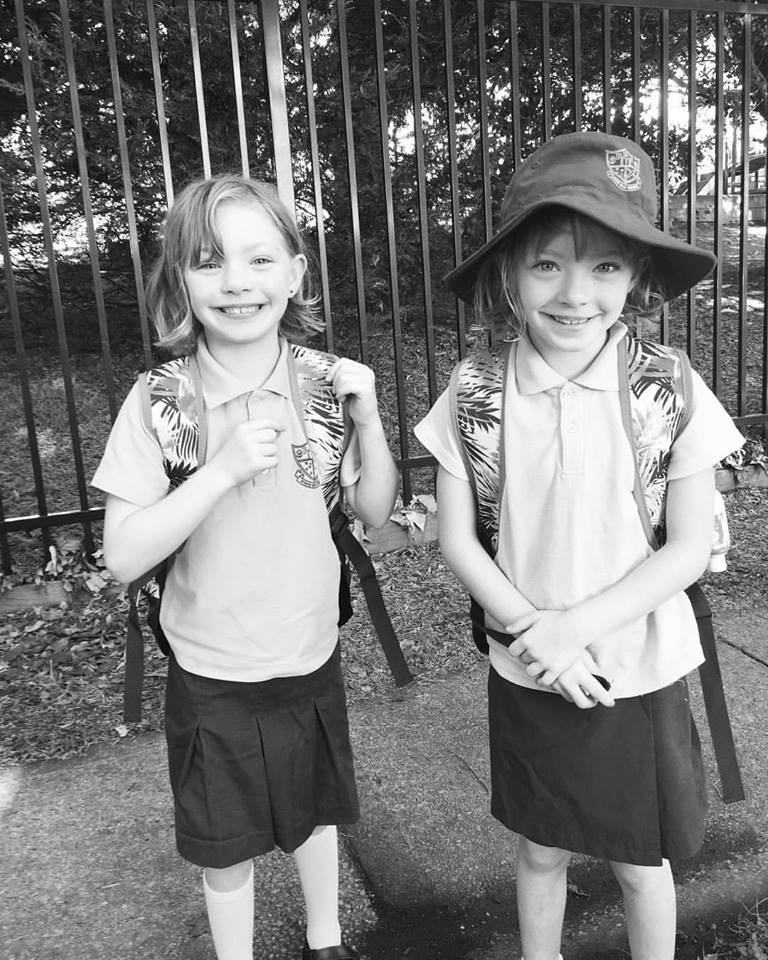 However due to them spending so much time together they get annoying.

By annoying, I mean yelling, hitting, biting, pinching, being naughty, creating problems and so much more. Oh the list goes on.

During the last term of school last year one of my girls was hysterical, upset and just miserable. Why I asked, and the answer was that she wished to be with her sister next year. She wanted to be in the same class, as she felt that she was missing out. Missing out on fun, missing out on friendships and more.

I did try and explain that since she spends so much time with her sister having her own space might be nice. This was met with screaming and yelling and more info about why she should be with her sister. I did not know if this was a good idea but I was very concerned due to how upset she was.

A meeting with the principal was in order to address this issue before school started for 2017. I met with our lovely principal and had some great chats. I explained that this kid was very sensitive and I think due to her attachment with her sister she might be best to be in the same class.

Personally I thought that each child did very well in different classes. Their reports were excellent last year, and I thought that it helps each child to be their own person, developing their own skills and finding what they like on their own. They won’t have each other to help all the time. In life they will have to do things on their own and be able to do this without a crisis.

I did speak with the other kid on her own to see if she wanted her sister to be with her in grade three. She said yes and said all the right things. However I was not convinced. I asked her several times over a couple of weeks and got the same answer. Yes I want my sister to be with me. I still was not sold.

The principal of the twins school met with one of the kids teachers, and found that one kid was doing much better without her sister being with her. The kids are fine together but the teacher thought that the shadow of her sister will make this kid not want to do things, or feel like she is having to do things just because her sister is there.

The kid that told me it was fine for her sister to be in her class, I was told feels pressured to do things that her sister does. Her teacher also mentioned that she is doing much better on her own and due to not reading at the same level (although only a few levels behind her sister might find that she is compared and will not try if they are together).

I do know that the kid that wanted to be with her sister brags about what a good reader she is and this makes her sister feel upset, so I can understand that being separate would have its benefits.

It was decided that the girls would be in different classes although the kid who was hysterical would be upset that is what was going to happen.

I asked if I could find out the teachers they would have for the new year and was lucky to get that info. Normally this does not get revealed until the first day of school.

Due to the fact that one kid was a mess and demanding to be with her sister I decided to tell both last year that they would again be separated and then had the wrath of screaming, yelling and crying that followed. It was horrible. Oh the joys of parenthood!

This kid screamed at the top of her lungs that she that she wanted to be with her sister. Why can’t this happen? Why can’t the school do this for her?

I explained that the teachers had already put both of them into classes prior to me talking to the principal, and after many discussions with the principal and other teachers it was decided that both kids would do better in different classes.

Still heaps of crying and yelling was happening! It did not stop.

What would happen if she just had a terrible hysterical fit at the start of school and could not cope?

I was worried. I hope this does not happen.

I decided to tell the kids what teachers they had to make them a little happier about the situation. Well in fact only one kid was halving a terrible time about this. I think the other one was not fussed either way.

After I revealed what teachers they had one kid was very happy and the other was yelling at me again. She wanted to have the same teacher her sister did. Jeez this cannot happen. They are in separate classes! Oh boy back to the same issue about this kid not being happy about this again.

I of course was over it all and just feeling horrible.

I just wanted all the upset to go away.

I felt for my little girl and told her all the good things that will happen with her new teacher.

The girls have some lovely teachers this year. They will have fun, and learn so much. I’m glad that I told them last year as this gave them time to adjust and especially for the one kid who was so upset about it all.

Her new teacher was the same one her sister had when she was in grade one. He is a fabulous teacher, very creative, musical, loves dance and is very switched on. He is a lovely person.

My little girl was not upset but instead was very happy and joined her new class skipping with a smile on her face. She told me today that she loves her new class and teacher. She thinks he is awesome.(Thank goodness for this…I was dreading the outcome if she hated it all)

My other little girl is very happy with her classroom too, and likes the fact that she is doing something different from her sister.

I did explain that the girls will see each other at recess and lunch and also when I pick them up and at home. They won’t miss out on anything, the different classes just give each kid a chance to be themselves and to have some time for them.

I’m glad that both kids are happy in the new classes. The kid that was so upset and emotional about all this last year had me very worried if this was a good idea to keep them separated.

I can see benefits for both sides of the situation. Due to the fact that the girls had already been in separate classes for two years I was not keen on having them together for school again. I know if this needed to happen that is fine, but the kids were doing so well individually.

The girls share a room, I take them with me everywhere, they are rarely apart, so that time in the classroom is time for them.

Here are some links that might help you if you need to decide about separate classes:

The main reasons to separate twins in the classroom is due to competition between each sibling (if your twins are like mine they are super competitive and that then leads to arguments) and one twin being more dominant than the other. Separate classes are thought to help these issues.

Of course it is a personal choice and dependent on what your twins are like. If they are super close and cannot cope with being apart separating them might do more harm than good. It is a case by case situation.

I was asked at the end of kindergarten if hubby and I wished to separate the girls. We thought it was a good idea but were concerned with the fact that they were so close, and might need to be with each other. The school took matters into their own hands and separated them for grade one and they have been in separate classes ever since. I think if it was left up to me, I would have kept them together.

Do you have twins or triplets? Have you separated them for school? Or did you keep them together?

If you separated them do you think they are happier? Let us know.

Happy Year of the Rooster