The girls were in bed and hubby was finally home. He was in the living room having his dinner. Then a huge blood curdling scream came from both girls. We both ran to their room. I was dreading what we would find. A kid who has a bleeding head? No, Julia was traumatised due to a bee that supposedly worked its way into her ear. 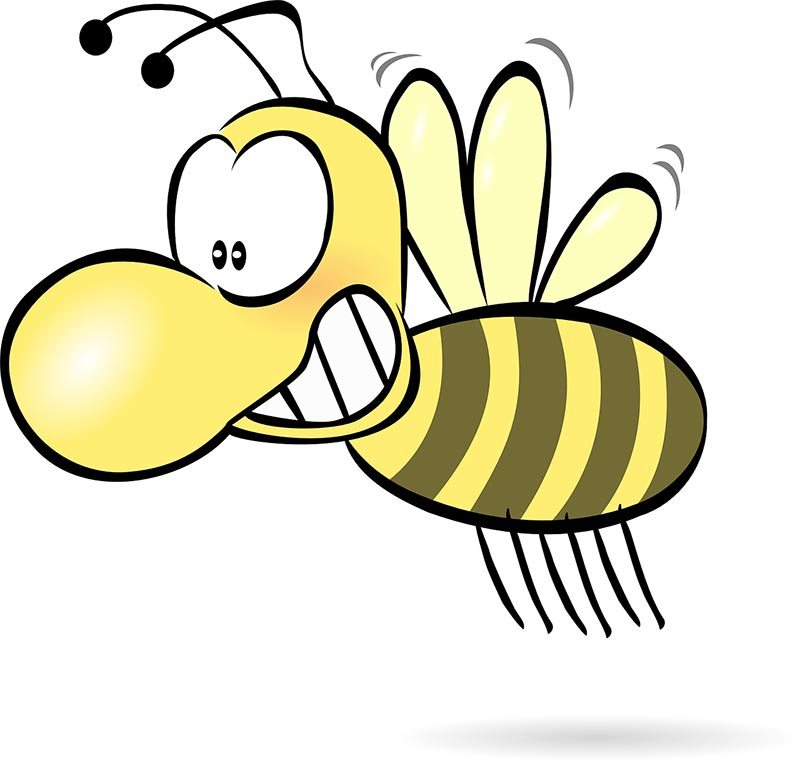 The bee that annoyed Julia? Well we think it was a mozzie… but she told us we were wrong!

Julia kept on yelling “Get the bee out of my ear!!!” “Have a look, get it out, I can still hear it”.  While Julia was carrying on, Lillian was screaming and crying all the while holding bummies up to her ears just in case a bee flew into her ears. For those that don’t know, bummies are Lillian’s teddies. There are 2 of them and both are called bummies. It was very hard to take Lillian seriously when she had her teddies at each ear. She looked so cute and funny, however she was getting annoyed at us nearly laughing, we had to look serious and not laugh at this major issue.

I think what happened was due to the window being open, so I closed the window to make sure it did not happen again. Maybe an insect flew near her head, or a mozzie and she freaked out. They are very tired due to running around and being at school all day. Now the bee incident has made them very upset.

While we were talking to Lillian she covered her ears to be on the safe side with her teddies. She eventually put her face down on the pillow at the end of Julia’s bed (yes still wanting to share a bed with her sister) she had her teddy protecting her ear.

After many kisses and cuddles, both girls finally put heads down and I was able to get out of the door and back to dinner.

A word of warning, be careful of dangerous bees before bed time.

Mothers Are Not Doormats!