August was exciting for me. I was off to Problogger and it was not just the conference that got me excited. It was the fact that I had three days to be all alone. All alone in a hotel room. All alone in a different city, and I could have adult conversations. I know all the parents that stay at home to look after kids would have been happy about this mini break as well.

After I came back from the conference I was keen to write up all that I learnt and showcase some great tips. However that was not to be. I was a bit unwell before I left but thought I was on the mend. I got ill in July when we were on our holiday in Melbourne. It did seem to be going away and I thought that this was so. 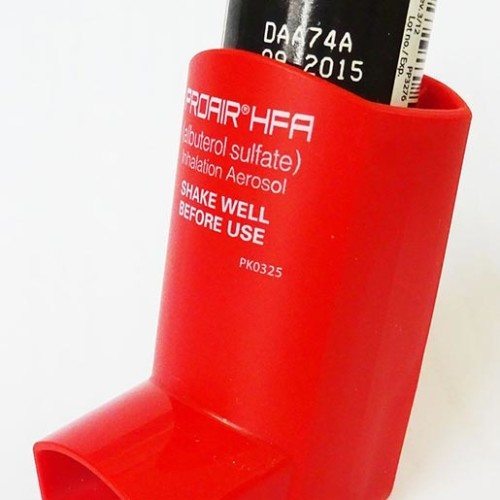 Inhaler to hopefully help me

When I returned home from the Gold Coast, I fell in a heap. At first I thought it was just exhaustion due to travelling, overload with all the fab info I digested while at Problogger, being pregnant and just being tired and needing some more sleep…. BUT it was not what was making me pass out.

My mum who was looking after the kids for me suggested I could have a chest infection. I said, NO, I’m just tired and pregnant. Also the baby is getting higher in my belly and making it harder to breathe as well. So I just thought it was mostly being pregnant.  As I was not getting better and could not keep my eyes open, I thought it would not hurt to go to the doctor for a check-up.

Once at the doctors he told me that I had a chest infection (Don’t tell Mum she was right!) I was prescribed antibiotics and not the heavy duty ones that might help. I was limited to the medicine that I could take due to being pregnant. I got the prescription filled and started on my drugs. I got the refill and took them as well and it has not seemed to help much at all.

I went back to the a different doctor (due to not being able to contact the original doctor) about a week ago and according to him, my chest and breathing is okay, but I still have a cough and I am out of breathe many times. He has prescribed Ventolin to help with breathing. I have never had Ventolin before and have never had asthma. I was told that this medicine would not hurt the baby and will allow my breathing to be better. I hope so!

After taking this for about a week it is not making me any better and I am still out of breath and having issues. Again, I’m off to the original doctor tomorrow to finally get better and get things resolved! I hope so, as I am so over not being well.

Have you been sick when pregnant? When I was pregnant with the twins I did not have this issue. I avoided unwell people and made sure that I stayed well. Having young kids that are always exposed to bugs and things just makes things harder. It seems like it is a constant roller coaster with kids and the sniffles lately.

Not only have I been dealing with not being well, I am now struggling with re-flux due to pregnancy….OH the joys!

I hope that the doctor can work his magic tomorrow and give me something that will make me feel a lot better.

Mini Holiday for All