When I left the Kids Business Bloggers Brunch Steggles gave me a chicken for dinner. Yes I left with dinner all taken care of. How amazing is that.

Due to such a big day with a super early start (I was up at 4am) I decided to do the chicken dinner on the Saturday night rather than the Friday night which was the same day as the brunch. The chicken was in a nice cool bag with some cool bricks to ensure that it lasted on my drive  home. Once home I put it straight into the fridge to allow me to use it the next night. 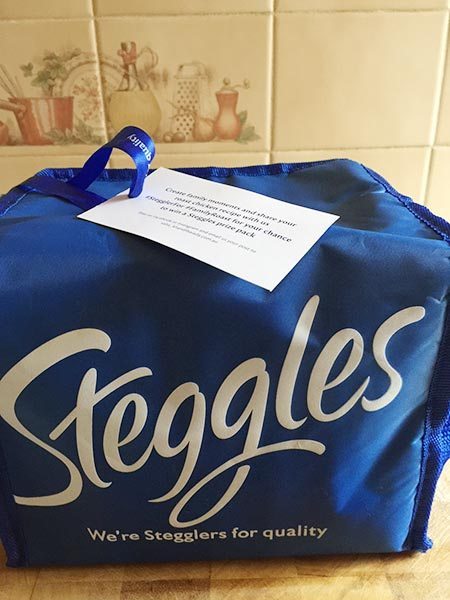 The chicken in the cute cool bag from Steggles. 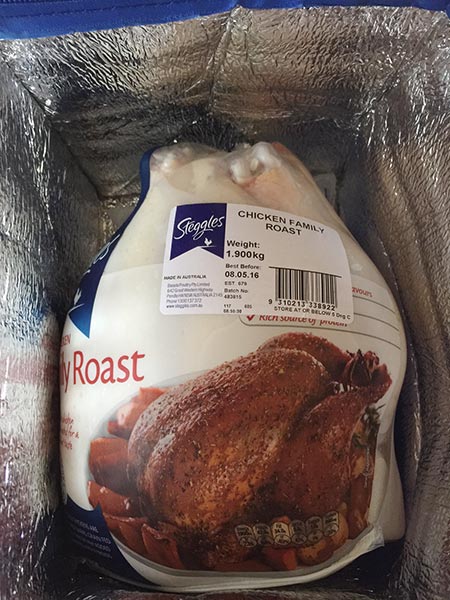 The chicken that Steggles gave me.

Important: Before any cooking can begin. You need to make sure to heat up the oven. Put your oven on to 180ºC.

Part 1 – Cut up the chicken

I have cut up cooked chickens before and it has all been good and worked well. I thought it would be similar. It was not really hard but I did not have a smooth run at it. I must say part of the way in cutting up my chicken I thought I have no idea what I am doing and need some help. At this point I was nearly done so just continued and considering I did a pretty good job. I had the drumsticks, wings and other parts all ready to swim in the marinade mix.

If you would like to learn how to properly section a whole chicken this video below from the New York Times is an excellent resource.

The lovely people at Steggles even included a recipe card. However due to not having some appliances to make the job easy and also being a tired mamma I opted for the easy solution. A bottled marinade by Nandos and some soy sauce was added to flavour the chicken. 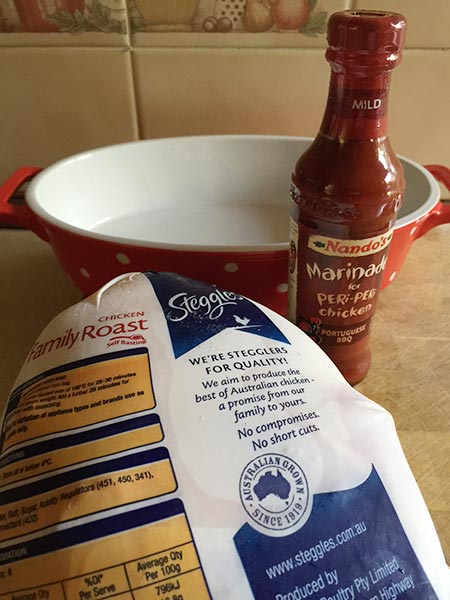 The marinade that I used. Plus I added some soy sauce. 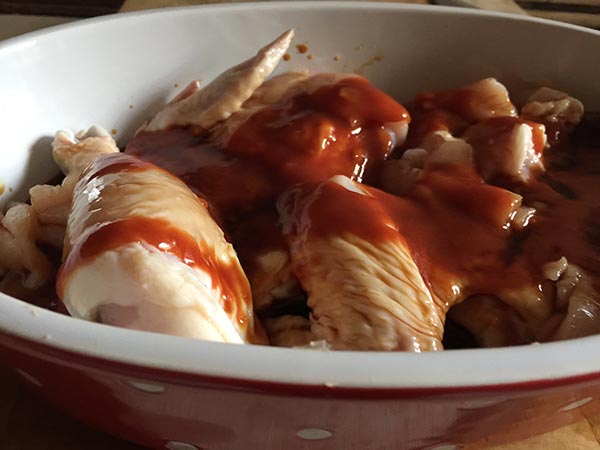 The cut up Steggles chicken in the marinade.

Part 3 – The vegetables to go with the roast chicken

I cut up the following:

Once I had an adequate supply for four people (noting that hubby and I were mainly going to be eating the vegetables) I boiled them for a bit so that it did not take too long to bake in the oven. 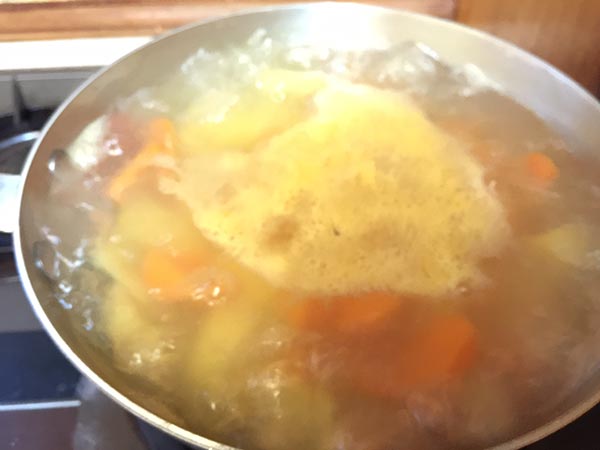 The vegetables boiling away. This way they don’t take too long in the oven.

Part 4 – Put chicken in the oven & add the vegetables

The oven should be very ready and hot to now cook this very yummy looking chicken. Put the chicken on the top part of the oven and let it cook for about 10-15mins. After about 15mins check on it and if need be turn over all bits of chicken. Mix the chicken around in the marinade and anything else you have added to the mixture. How about some onions or what about some mushrooms.

It is about now that I put the vegetables in the oven to cook also. I added them to the bottom tray to start of with. Once the chicken was done the vegetables got moved to the top of the oven and continued to get crispy and yummy.

I added some olive oil spread to the dish with the vegetables and a little bit of salt for taste. 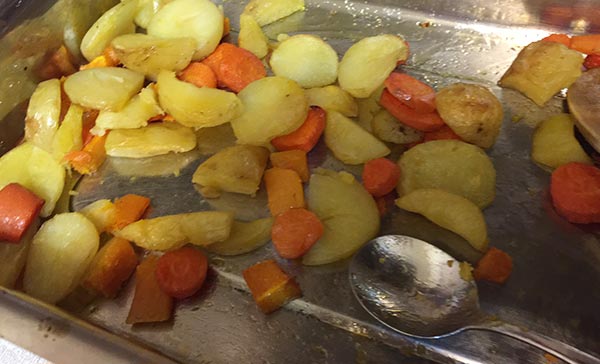 The baked vegetables after they came out of the oven. 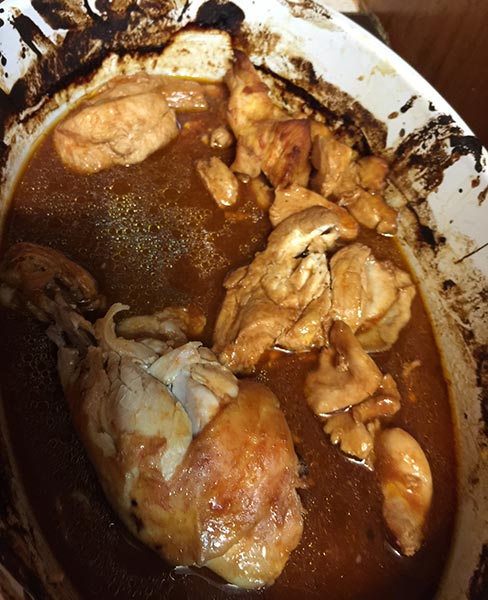 The Steggles chicken all cooked and ready to be served up for dinner. YUM! 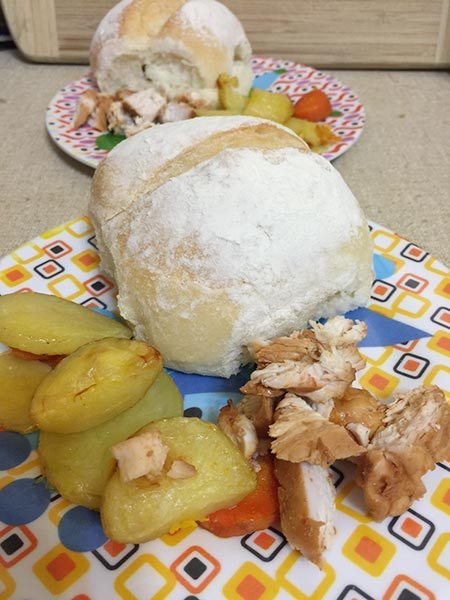 The twins had the same meal we did. The chicken was a hit. Pity the kids were not fans of the vegetables. 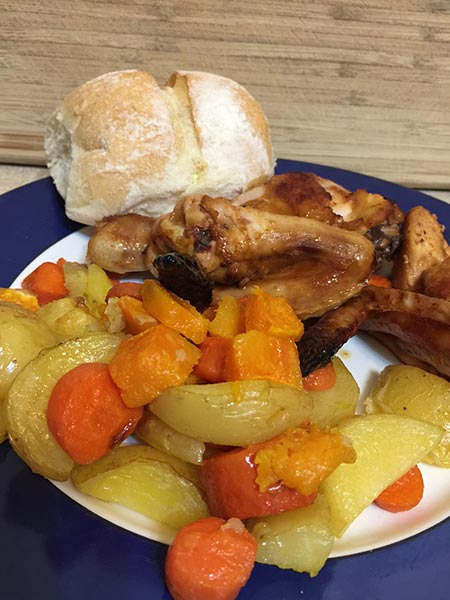 Our baked chicken dinner thanks to Steggles. It was very yummy and an easy dinner to make.

Do you love Steggles chicken as much as we do? Share your best ideas for your roasts or dinner inspirations. I do love a roast dinner that the family all sits down to. It is also getting cooler so a roast dinner is a great idea.

Maybe this has inspired you to give a roast a go. If so, let us know how it went.

Would you like some recipes to give you a few ideas and inspiration? Well Steggles have that covered also. Steggles have a whole recipe section that covers not just roasts, they have turkey, mince, and much more.

Did you know that Steggles is canteen approved for school lunches, I did not know either.

You can download the Steggles eBook of recipes for school lunches and give them a go. I think I will do this as it will give me more variety for the twins school lunches.

Thanks so much to Steggles for our baked chicken dinner. With this post I’m entering a competition to win a Steggles prize pack. Wish me luck.