Sometimes one kid finds it hard being a twin.

This became evident the other week when she had a HUGE meltdown getting ready to go to the pool.

Each child was getting ready to go to swimming lessons and then one had a screaming fit.

“Why are you wearing that dress? That is the one I want to wear!”

“I want to be different! I don’t want to look like you!”

Then screamed at the top of her lungs… 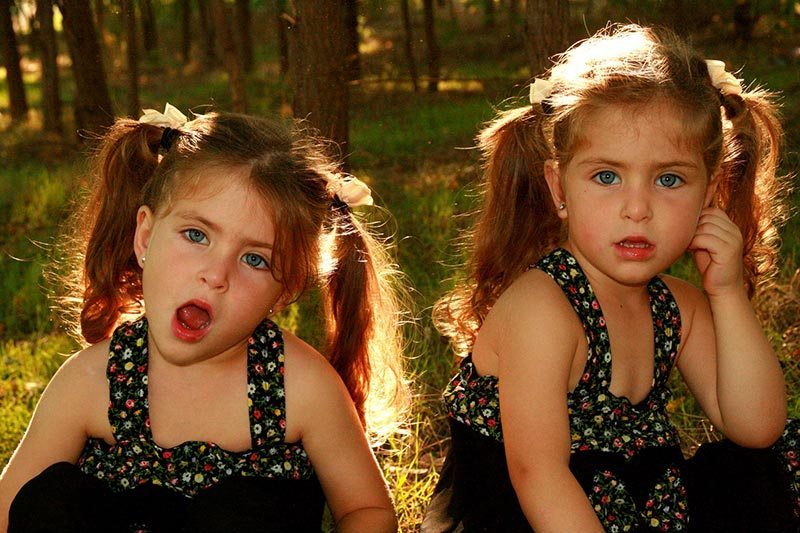 These girls have not argued about their dresses. Maybe it is coming when they are older? Did you find that? The kids were okay until they hit a certain age about what they wear.

The kid who had the meltdown got a nice dress organised and then found that her sister picked the exact same dress to wear.

I then tried to diffuse the situation by saying maybe you could pick another dress.

This was met by, “I picked it first, she needs to pick another one not me!”

Oh shit I thought this is not going well at all.

I then turned to the sister who chose the dress after the other kid had already picked it and asked if she could change her dress. I tried to get her to wear something different.

No of course she did not want to change. She told me that she likes being a twin and wanted to be like her sister.

OH NO! I THOUGHT!

This just made the whole issue much worse.

The kid who was having the meltdown was yelling, screaming, crying and just so upset.

I asked why she was so upset about being a twin. I was trying to find out also what went on that day at school and what could have caused her to be so upset.

I finally found out that all day kids and teachers had mixed this kid up and thought she was her sister. One kid that has been with her since pre-school so now that is five years including this year of schooling and she still does not know who each kid is. I can only imagine how frustrating and annoying this would be.

Hugs and cuddles were had to tell her that I know it is not right to always be mixed up with your sister. I told her that although she looks similar that she is indeed a very different person.

She is an individual and not the same as her sister. I told her that this kid at school should know by now who she is, and that she needs to correct her nicely and just leave it at that.

One kid does have her ears pierced but hair is usually over her ears so most people don’t notice. If people take the time they will realise differences and know who is who. If you don’t spend a lot of time with the girls you might not see it, but I would think teachers and school mates would be able to work it out by now.

Finally there was calm, well it was much calmer with less yelling from one child. So I would say it was an improvement. The kid who was upset decided to accessorise with jewellery to look different and wear different shoes. Phew! Finally we could leave the house to go to the pool.

I know it is a hard thing always having someone that looks like you, dresses like you would be annoying at times. Being you and having your own space is nice.

If you have twins how have you coped when they constantly get mixed up? Did one of your kids have a meltdown like one of mine did? What was the outcome of the meltdown?

Did the kid in question want to dress differently or have their hair a different style to make sure that they are seen as different, especially if they are identical like my girls?

Hire a Mover & Packer for a Stress Free Move