Watching early morning infomercials is dangerous.  Due to being up at odd hours with the baby I ended up having the television stuck on a channel with non stop infomercials.

Since he was screaming his head off I immediately put bottle in mouth and then realised that the telly was stuck on a channel I did not want.

I could not fix it.

I thought how silly it was that I was watching this type of television while feeding the baby.

What has the world come to? A housewife, feeding the baby and now watching infomercials. Yes I have succumbed.

I thought I was winning and doubted the stories and information. I did tried to not be swayed by the propaganda.

However…… I was turned and suddenly started to think that these two products were okay and maybe we could seriously use them in our house. Oh NO! What was happening? Geez early morning telly is dangerous. I’m glad that I was too sleepy and of course I was out of reach of a credit card. 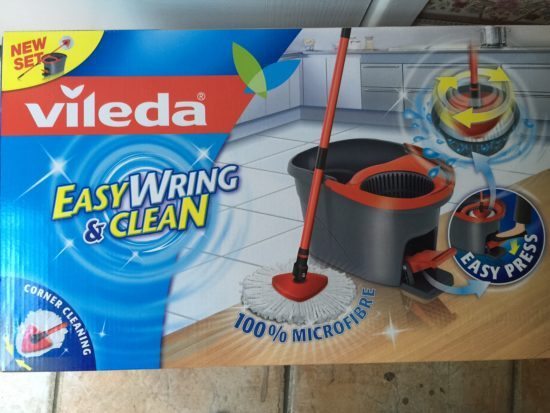 My new mop….. I wonder if it will work like the one I saw on the infomercial?

Watching this type of telly is very bad when you are sleep deprived and also cannot change the channel. I could not stop thinking about the mop and thought it would be a good thing to have. While I was shopping for something completely different at BigW I saw the same type of mop for sale. I’m sure it was called something different on the infomercial and was more expensive but could be wrong. It was early morning and I have found that I have not remembered much other than the baby is fed and going back to bed (I do love my sleep).

Since I saw this great product for sale I had to give it a go. I have meant to use it but due to the baby being up and down all week, I have not had a chance. I plan to do it this week. Take the new mop out of the box and see if it is indeed the bees knees of mops.

Have you been sucked into infomercials and thought what they were selling looked fabulous? Please let me know I’m not the only one.

Lately Everything is A Mad Rush

What did we think About HelloFresh?