It’s school holidays and I’ve been keeping kids busy, and therefore it keeps me busy.

I’ve set up playdates, taken the twins to a birthday party,  we’ve gone out to brunch and then looked at shops, the kids and I went to the city to visit the Australian Museum and walked around the city, oh and we’ve also had some time at home.

Our trip to the city was meant to be fun, well part of it was. However, it went really wrong…actually a lot wrong!

So I took the kids to a science workshop about the moon and space (It is coming up the 50th anniversary of the moon landing, plus all 3 kids are super interested in the planets, the moon and space). We were early to the show and got some good seats so that we could all see, however my youngest didn’t want to sit down and was annoyed at the whole thought of sitting on his assigned seat. 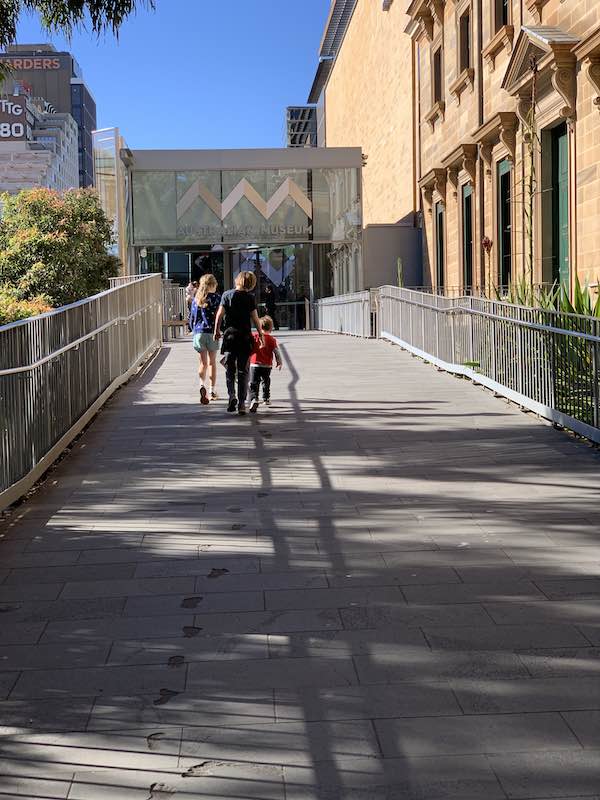 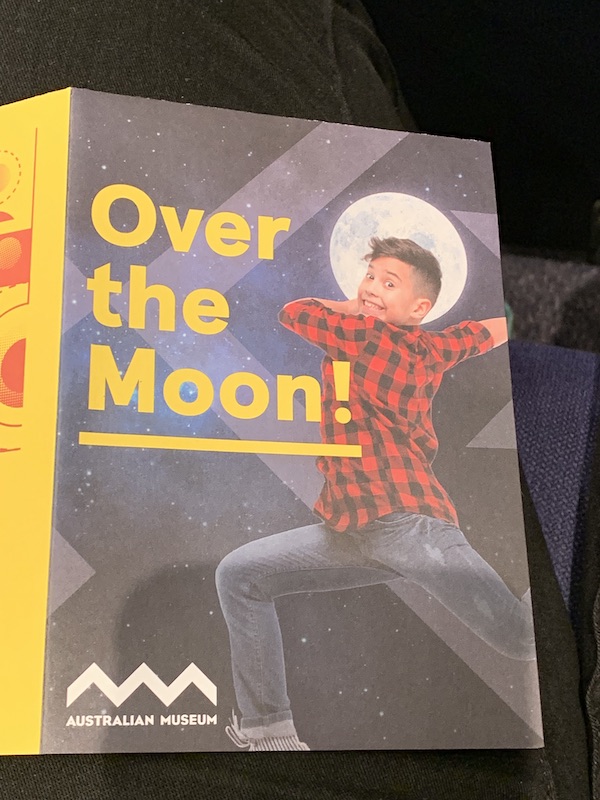 The show started and my little boy still couldn’t sit still. Geez, this is going to be a long hour of my life. He finally sat down but not in his seat, Alexander found a little gap between Julia’s seat and a very old door. While my distracting little boy was sitting in his chosen non-seat he leaned on this antique looking door and it opened. Yes, it opened!  We closed the door and this crisis of finding a mystery door was over.

Now that the door was closed and the show was in full swing, my little boy did a horrible pooh! There were about 30mins left of the show and I hoped that it would be okay, but the little girl behind us was telling her mum that something smelt bad and she was right, it was getting worse. I managed to leave the show with Alexander, the nappy bag and changed him.

Alex and I waited outside while the girls were still in the show, once they came out we got some snacks and then went to explore the Australian Museum.

We saw dinosaur bones, birds, crocodiles, koalas, artwork, photographs and so much more. Alexander kept on saying that he wanted to see creatures. I think he was happy we saw all the interesting animals and exhibits at the Museum. Plus the workshop about the moon and space was fun said the twins.

After we did the Australian Museum the kids and I explored Hyde Park. We managed to navigate our way through the crowds to find some food, finally got food but due to kids not being able to hold all the food and drink I tried to help…helping ended up making one drink fall on the ground and it was Alexander’s. This led to a tantrum about the fact that his drink was ruined and then wanted another. 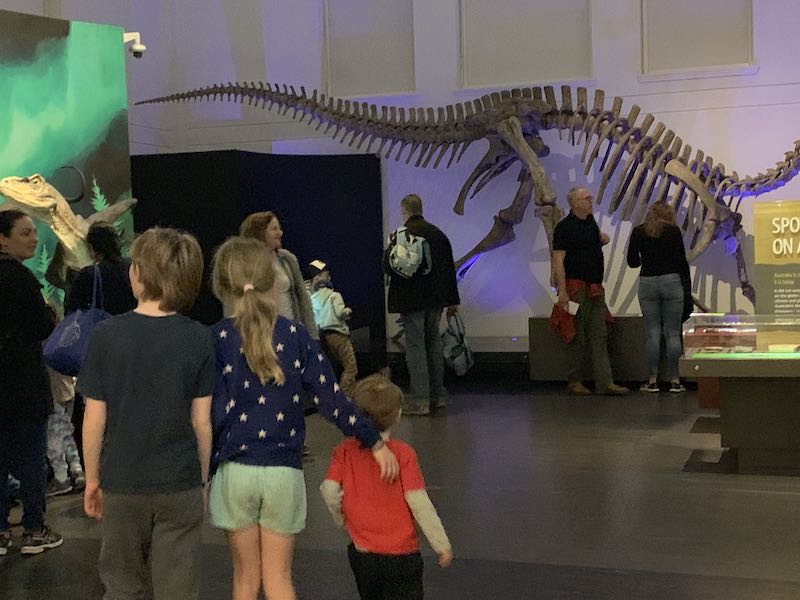 I didn’t get another drink due to huge lines to get food. It really wasn’t ruined, just the cup was a bit bent.

We all looked around for a seat but couldn’t find any, we finally found a place to sit and spoiler alert we sat next to a lady reading a book and another trying to do work on her laptop, but had to leave in hurry due to out of control kids.

So we found seats next to lovely ladies who were super busy with own things (a book and a laptop), I was very happy that we could sit and finally eat. I got stuck into my chicken wrap and the twins and Alexander had a slushie each, although one kid had a drink that he didn’t want as he thought it was broken and horrible. He kept on screaming at the top of his lungs that he wanted his sisters, and then she screamed loudly that she would not give it to him. He then tried to throw things and hurt his sister and possibly others around him. It was hard to eat and control the chaos at the same time.

The screaming and disaster didn’t end. The nuggets that I purchased ended up on the ground and then my little boy kept on walking in the tomato sauce. Oh gee, wonderful!

I made all kids get up and apologised to the lovely ladies who were really trying to have some quiet time on their lunch break. Kids bundled up and still yelling about their drinks and the fact mummy was not getting a replacement was on constant rotation during our walk back through Hyde Park to get back to the car.

A fun trip to the city was overshadowed by horrible behaviour. I was so relieved to be in the car and on our way back home.

It does make me question why I take anyone anywhere.

I think the trip to the museum made an impact with Alex, he has been telling daddy about all the creatures he saw and what it was like. He has also told some ladies at the childcare centre about his day at the museum. 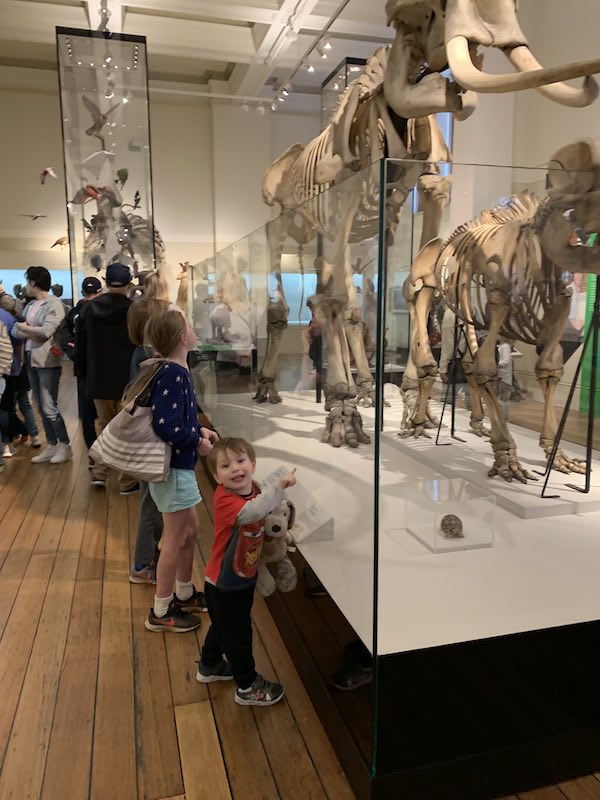 Have you taken kids to a planned outing to have it go wrong? What happened with you?

How About Mummy Gets Looked After!