Do your kids love playing games? Winning Moves has some amazing games that I’m sure your kids will love. 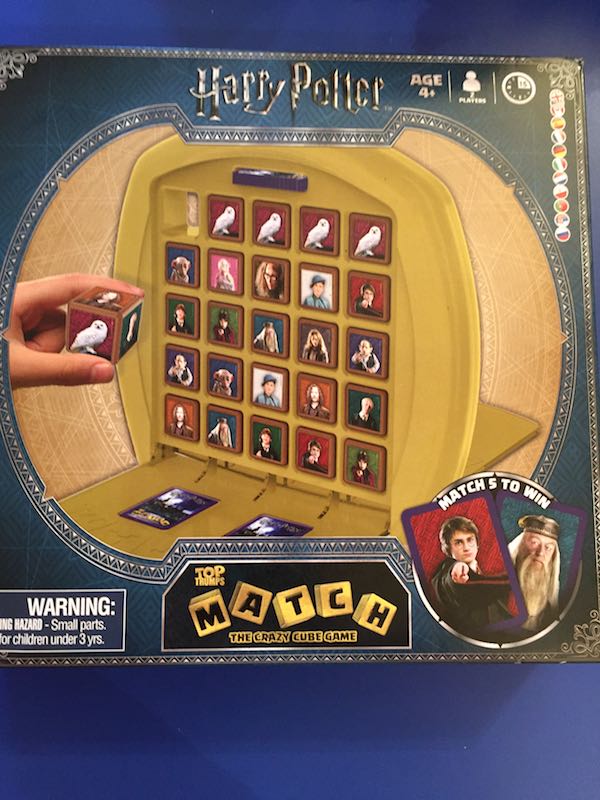 Would you love to have some new games to keep everyone happy and occupied?  If you would like some more ideas,  I have some games to help you out. 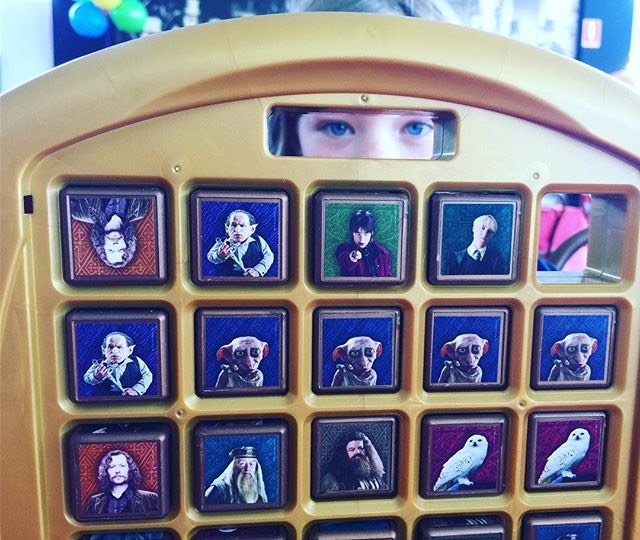 The girls and I were all invited by Winning Moves to test out some new games. Winning Moves aims to get kids away from screens and playing more games. This is a huge win if you ask me. Games allow children to think strategically, learn new things and to play with others. It is also great that kids are not just staring at a screen and actually interacting with each other.

What Games did we try out? 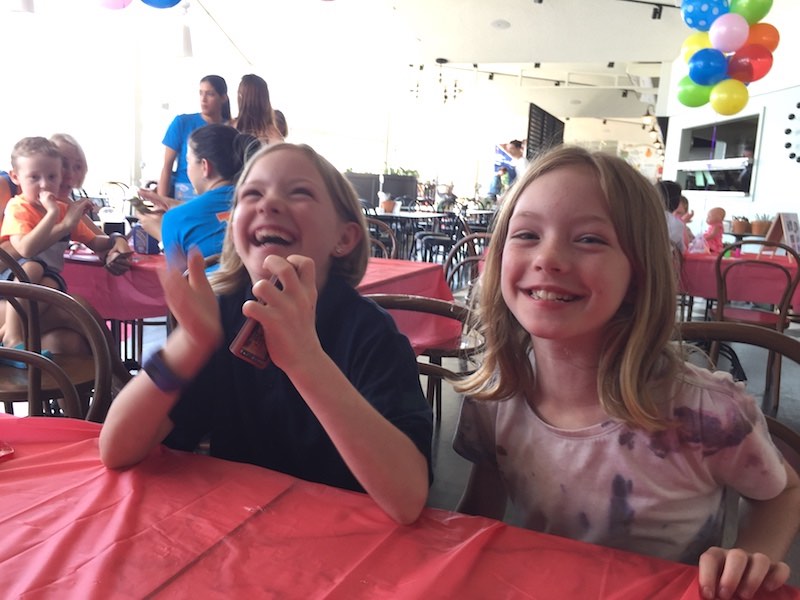 Playing Harry Potter Top Trumps with Veronica from Winning Moves. The kids were winning at this stage and very happy about it.

How do you play the games?

Top Trumps Match is a matching game like the name suggests.

To start the game you pull out the square on the top of the game board. This is where you start. Each player takes a turn to remove a square and add a square anywhere on the board.

You work away and try to match one character that you have chosen. If you get presented with a square without your character you will have to change which character for matching. 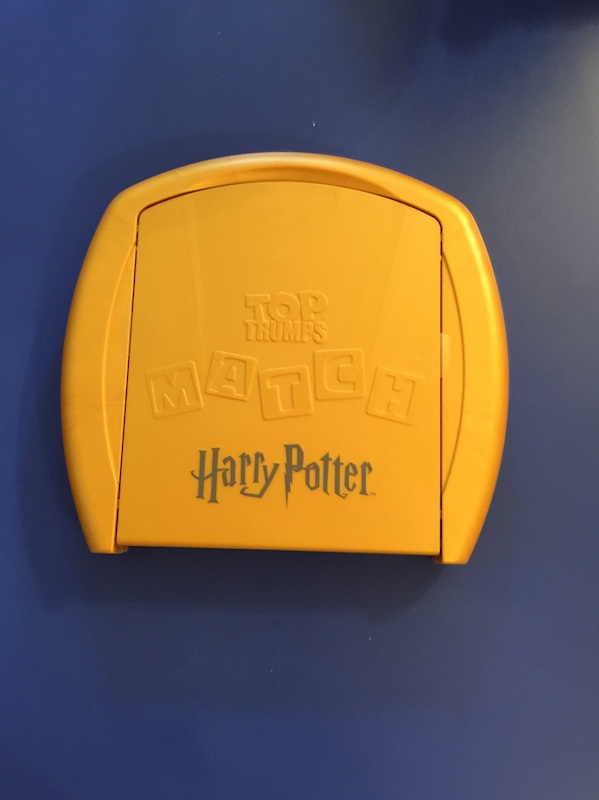 Top Trumps Match have fabulous carry cases. This makes it easy to take the game anywhere. Perfect for travel.

You need to get five of each character in a line. This line could be horizontal, vertical or anywhere. As long as there is five of the same character in one line you win.

However, that win might be short-lived. In the game you have cards. These cards sit on the top of the match carry case.

Each player gets two cards each and they are placed face down in front of each player. Once one player yells ‘Match!’ Each player then turns over their two cards. 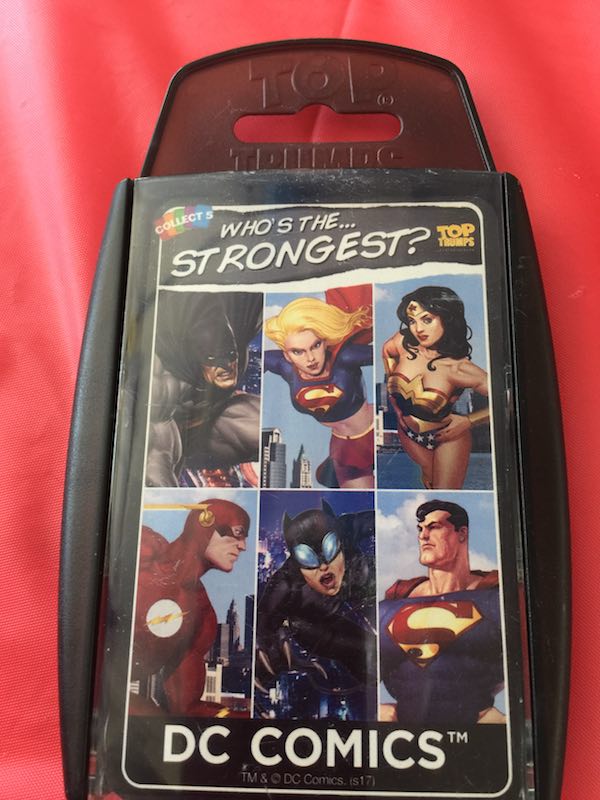 Top Trumps is a card game.

You get presented with all the characters from a film or topic and have to challenge other players with the qualities of the character.

The twins played the Harry Potter Top Trump and had a lot of fun.

The characters have qualities like magic, cunning, courage, wisdom and temper. Each player picks the higher number of one of the qualities and then ask others what their number for this quality is.

If you have the highest number of this quality you collect the cards with the lower number of all other players.

The winner of the game is the one that has all the cards. 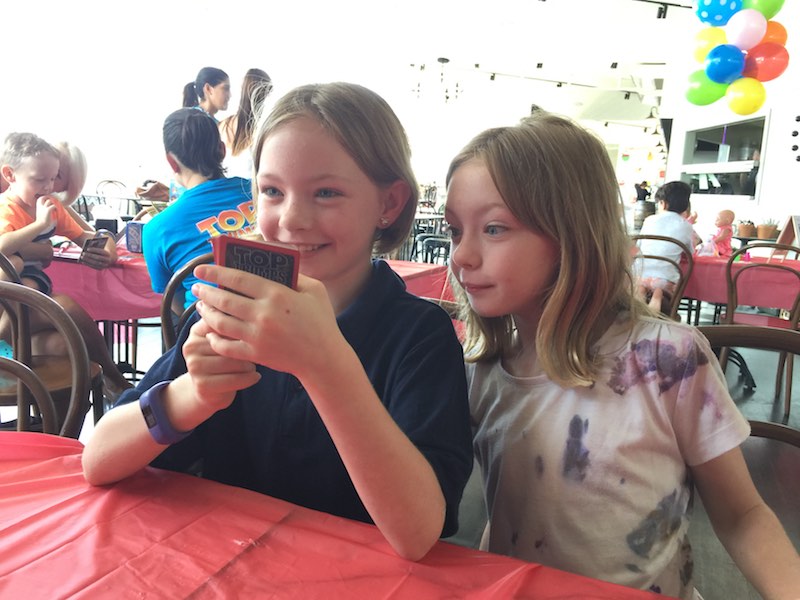 Happy due to a winning streak. The kid on the right lost her cards and it was all down to her sister.

As you might sense the twins are keen fans of Harry Potter and therefore played these games more than the other ones. There were plenty of other games to choose from and not just ones with Harry Potter.

Other themed games were: 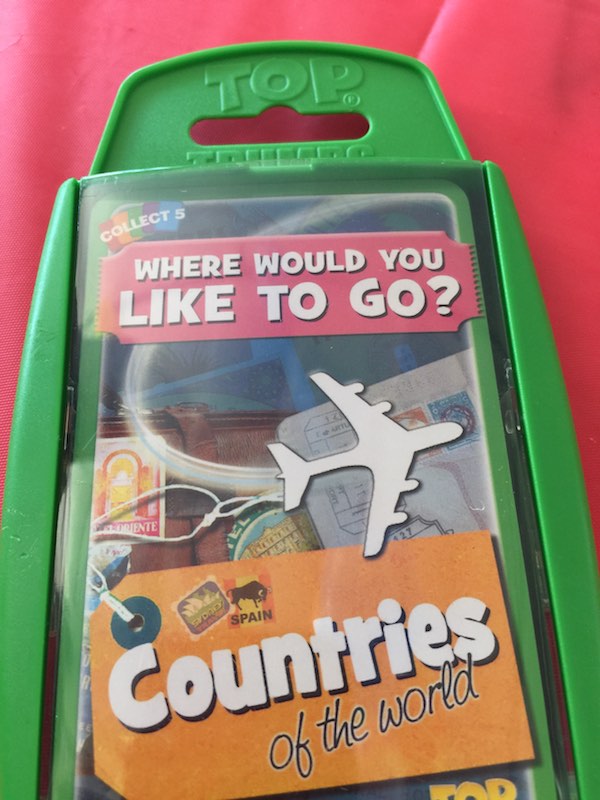 Top Trumps, “Where would you like to go”. Countries of the world.

The girls loved the games so much that they played them while we waited for lunch and also on the car ride home. 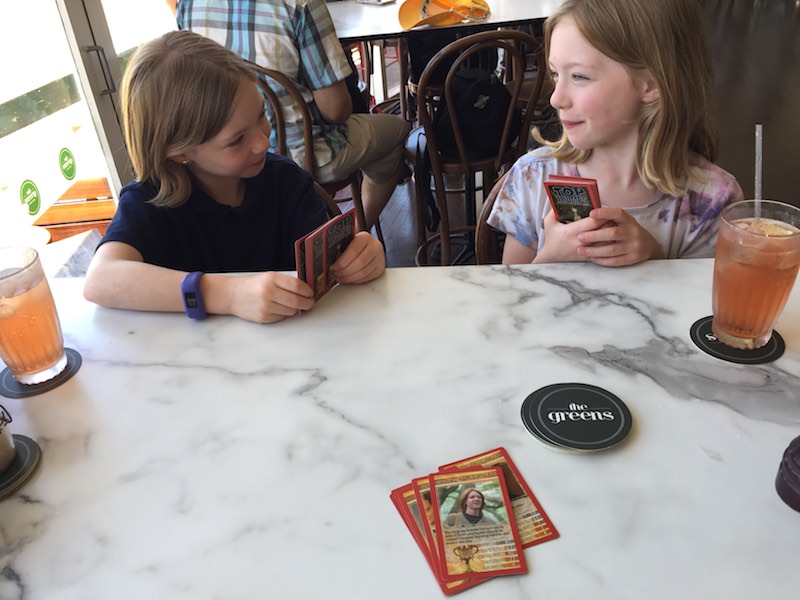 If you wish to get your kids some fun, interactive games that they will also learn great facts, then Winning Moves is the place.             Of course you can purchase all Top Trump games from the Winning Moves website. And also from the following stores:

Thanks so much to Winning Moves for the invitation to test out their new fun games.

The kids and I had a great time, and I am very excited that we now have a few more games for the kids to play.

This year is a year where I am cutting down screen time, so having games that the kids love is ideal. 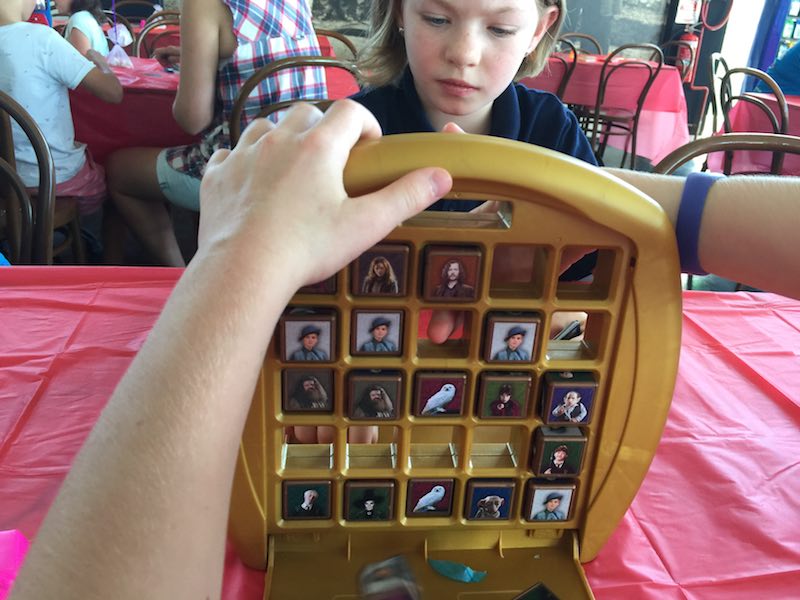 The girls having fun playing Harry Potter Match. They are seriously thinking about their next move!

The Pains and Joy of Helping With LEGO