Have you ever been asked to help kids with LEGO?  It might start out innocently and happy, but at times that happy LEGO bubble will go south.

Only the other day the girls asked mummy and daddy to help them with their new Harry Potter LEGO sets that they got for Christmas.

Santa was super generous with the LEGO and obviously knew that the twins are super obsessed with Harry Potter. 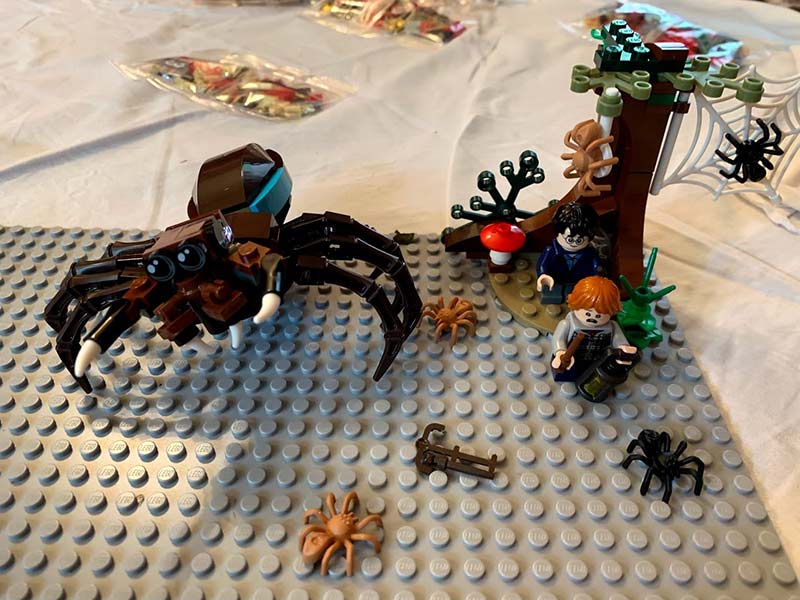 and the other got Harry Potter Hogwarts Express- LEGO 75955 Playset

Now aside from Aragog’s Lair the other two sets are HUGE! There are what looks like thousands of bricks and things to sort.

One kid decided that they would build the Lair first and that was super easy, aside from missing a piece, but sorted quickly and painlessly at the customer support page on the LEGO website. Easy, sorted and we moved on to the other sets.

The twin that received the Hogwart’s Express wanted to do this first. She is not as confident with LEGO as her sister is and wanted to get some help from mummy. I was keen to see it built and of course said yes. Alexander was at care and we filled the floor of the living room with LEGO and also watched the first film in the Harry Potter series.

Watching a film while building LEGO is a painful process. Nothing gets done and if it does it is sooooooooooooooooooo slow. Painful to watch and be around. I decided that I would do my own thing until I am asked if she needed help.

The idea was to build the train and then move onto Hogwarts Great Hall, however it was taking hours and still not complete with the train.

The kid in question was doing a great job with her Harry Potter train, she was checking the instructions and making sure she had all the right pieces available to build what was needed. She did need a helping hand but mostly she did it all herself. 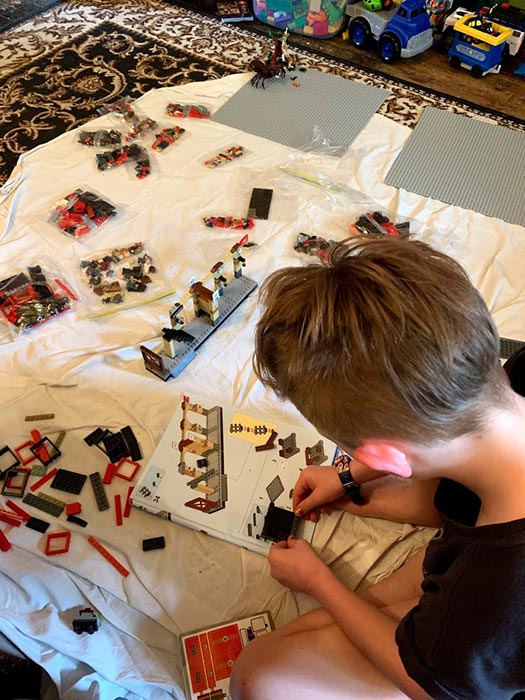 I was and am very proud of her doing it all herself and I could see her getting more and more confident and sure of herself. I told her how well she was doing, I made sure to explain how well she was following the instructions and that the train looked amazing so far. It’s still not finished but not long to go to have a completed model of the Hogwarts Express.

Due to the fact that the train construction was taking forever I explained to her sister that she should start building the Hogwarts Great Hall. She was excited to start and wanted my help, however this all went down hill when we struggled to find some essential bricks to help us build the Great Hall. It was discovered after a lot of upset that one bag of bricks had fallen out in the twins room.

Once we had the bag of missing items things started moving quicker, however due to not finding the right items this kid opened up all bags of LEGO and it was scattered all over the living room floor!

Daddy was called in as apparently I was not saying or doing the right things for the kid who was constructing the Great Hall.

He didn’t know if he should do it, or just help and the kid should be building it or what level of help was okay before it got met with annoyance, anger and tears.

These LEGO sets are big and they do take a while to build, we only had less than an hour to build it before I had to collect Alex from care.  It seems sad, as we had all day and then it was a mad scramble to get it done in less than an hour. 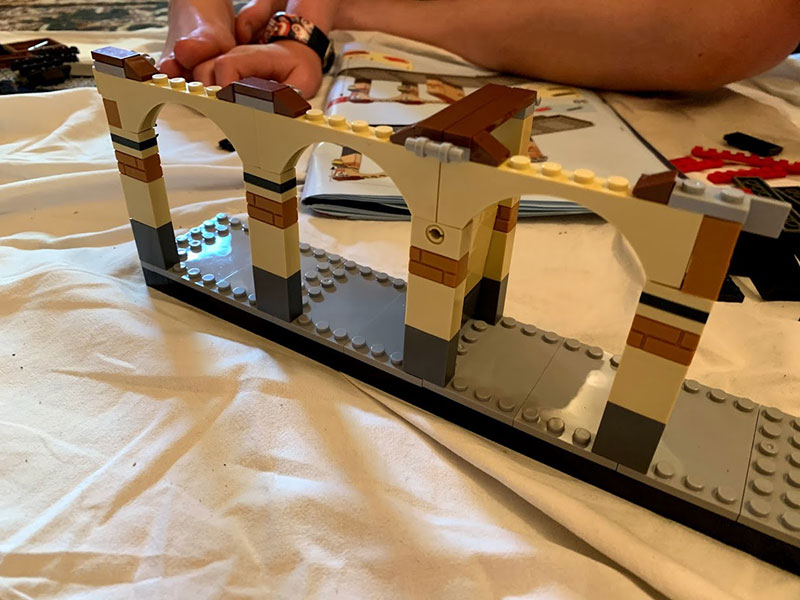 Getting there building Hogwarts Express, and having fun

As you might imagine, all remaining blocks for each set have been put in a sealed bag and waiting for another day when we can build the rest of the models. I cannot wait to see the train finished and also Hogwarts Great Hall.

I love LEGO and I’m so proud of how the girls can look at the instructions and know what to do. Both girls have gained confidence with constructing sets to look exactly like it should and also use skills from other sets to build their own creations.

LEGO is such a great educational toy, they are playing and not even realising they are learning at the same time.

Have you been involved in some major LEGO creations? Let us know and send in photos to Facebook to show us.

Ups and Downs of School Holidays

Does It Spark Joy?