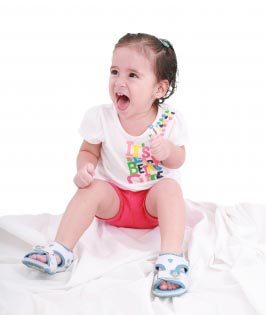 It is another rainy day. After my visit to the chiropractor I took kids to get a hot chocolate and I had a relaxing camomile tea.  After we finished our drinks I thought spending some time at the library reading some books would be a good idea.

My plan worked to a point and then it didn’t. What happened you ask? Well…

I told one kid that she could borrow a book and then the other wanted to borrow the one we just read. I said fine.  I had just finished “The Tale of Peter Rabbit” before. I told the kids that we had read enough and should go home to get something to eat and do other fun things.

Now here is where it gets interesting and annoying. Remember we are in a library where you need to be quiet.

I put the Peter Rabbit book back on the shelves and took the other 2 books with me. Then the world ended. Shrieks, Screams, Yelling and of course crying! Did I say yelling and screaming! Oh god it was bad! It was mortifying!

I told the twins that we already have this book at home and why borrow it when we already have it. They did not want to listen and were not doing as they were told. I also told them that they need to stop getting the book back as we don’t need to borrow it.

As they were not listening I then said we could not borrow anymore books as we already have some at home that we are yet to read, and they were acting up terribly so they were not due to get anything nice due to bad behaviour.

This of course made matters worse and then I walked out of the library with 2 banshee like creatures following me, screaming the place down.

You might think this is terrible enough. However it does not stop there. My dramatic exit was not to be the end of the story. I realised after leaving I had left the kids jackets on the floor of the kids area in the library. Yes I had to go in again and of course since it is just me with the kids, they had to come in with me again. SHIT!

They of course still carried on terribly, so I told them that they need to behave. I finally managed to get out, to the car and home. While in the car both kids were crying and upset and kept it up for a while.

Kids did not start off with such bad behaviour at the library and while we were there reading the stories there was a baby screaming the place down. I thought how rude of the parent, but understood. Then it was my turn to do the same. It was an embarrassing situation and I did the only thing anyone would have done. Left and made kids go to their room after we got home.

How has school holidays been for you? Have your kids been well behaved? Or have you got banshees at the moment? Send in your stories.

Prehistoric History From the Croods