3am or so in the morning.

Screaming baby due to teething and also has a cold.

I go into the baby’s room to settle him and make sure he is okay.

I started the process of giving him his medicine so it will take effect before I give him a bottle.

Normally I add some eucalyptus oil to his singlet, give him some painkillers (the painkillers are also helping the cold as well) for the teeth and change his nappy.

All the things needed for our little boy is placed on top of a chest of draws, this way he cannot grab onto it when I am trying to change him. He is now more mobile and also super quick to pick things up. I don’t want him to be sucking on the Vicks container or say the eucalyptus oil or something else! You can imagine how that would end up… a very unhappy boy to say the least.

I thought I grabbed the eucalyptus oil bottle and proceeded to put one bit on one side of the singlet and then the other. However, after I did it I realised it was very sticky. It also did not smell like eucalyptus oil.

Why was it sticky I thought?  What did I put on the babies singlet?????

I ended up putting Panadol on the baby… The bottle was right next to the eucalyptus oil. It was dark, I was tired, plus dealing with a screaming baby. I just wanted to get it all done.

In my haste to have the baby feeling better my actions only made things worse. The baby was all sticky due to the Panadol and had to have an outfit change. If you thought that he was screaming before he put on another great performance due to the new clothes. 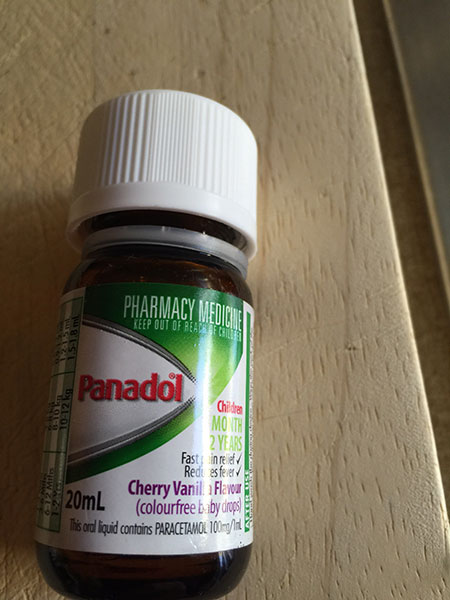 Panadol is not eucalyptus oil.

You might think this is just one silly thing that happened last week and you are right it was silly but it is not the only one. My next one is very silly indeed.

I was at the shops and thought I should get some more coffee pods for my machine. I saw that there were some new ones and they were strong coffee. Yes, I think I need that. I popped that in the shopping trolley. I paid for it and put it all away once home. I of course got busy and since I had finished off a box of my other coffee was keen to try out the new strong coffee that I had recently purchased.

The new coffee pods that I was hoping to use. However I never had the chance. They don’t fit my coffee machine. Yes very annoying to say the least!

The new box of coffee was opened and I put the pod in the coffee machine to have it fall straight down. It did not stick or stay where it was supposed to. I tried again and of course the same thing happened. Geez what is the issue here. I then tried in desperation to be really quick with the lever so the pod might stay in the spot it is supposed to be in. However, it was not to be. It just slid down into the bin inside like it was used up and I had already drunk my coffee… but I had not!!!!

I then made the realisation that my new strong coffee pods were not for my machine. No they were much smaller and that is why they slid right out, and would not let me drink its magical coffee. I will never know how good it would have been, it will always remain an unknown. 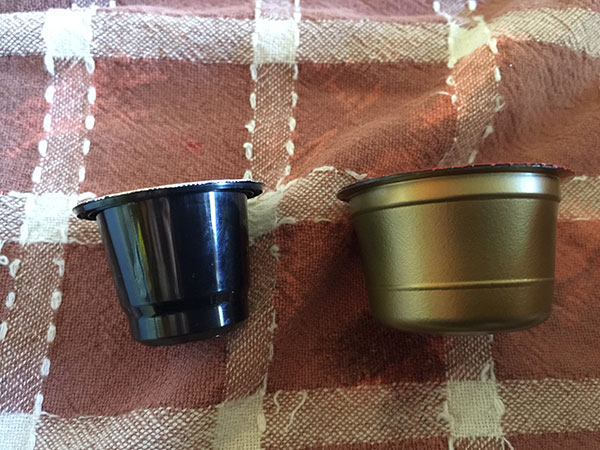 As you can easily see the new coffee pod is much smaller than my usual one on the right. No wonder it did not fit in my machine. Also it is for a different brand of machine so there would be no way to use them.

How could I have been so stupid and silly to purchase coffee pods for a different machine. Why did I not look at this before I bought them? Why did I not see the difference in size when I first tried to put it in my machine? 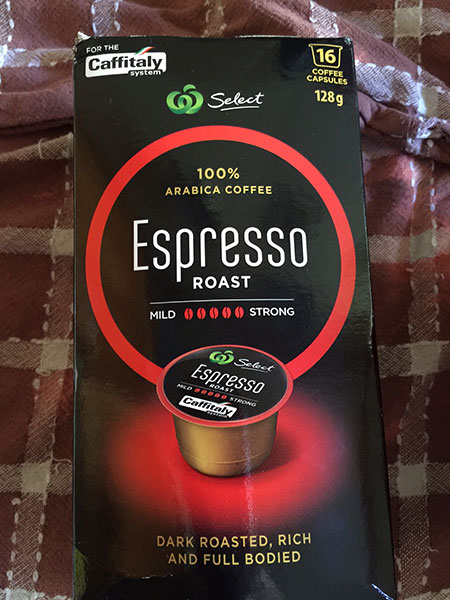 I should have just purchased more of the same. Yes this is my regular coffee that I purchase. I do like to have a change and thought that I got it, however it was more of a surprise that I cannot use it.

I did tell all this to hubby the other night and then he ended up hysterically laughing on the floor of the kitchen. I must say that I had no idea that it was that funny but maybe he is sleep deprived too, so it seemed funnier than it actually was.

What silly or funny things have you done due to being sleep deprived?