I love Dr. Seuss and his books. In fact, I grew up on them and so have my girls and now my little boy as well.

The attraction for me to Dr Seuss’s books is that he has a brilliant imagination, fabulous stories, funny rhymes and stunning artwork to add to his fun captivating stories.

Dr. Seuss I believe was ahead of his time. He wrote books that made reading fun for kids and many like me who have a strong connection to his books learnt to read with many of his most famous titles.

My favourites are: Horton Hears a Who, The Cat in the Hat, Oh the Places You Will Go, How the Grinch Stole Christmas!, One Fish Two Fish Red Fish Blue Fish, Green Eggs and Ham, Fox in Socks, The Lorax, Yertle the Turtle and Other Stories and Oh, the Thinks You Can Think! (YES I have too many favourites…I did tell you that I really really like Dr Seuss).

Dr. Seuss or otherwise known as Theodor Seuss Geisel was also a person who believed in looking after our planet, less consumerism and wanted racial equality. Many of his books addressed these topics in a way that kids could understand.

“Geisel’s books express his views on a remarkable variety of social and political issues: The Lorax (1971), about environmentalism and anti-consumerism; The Sneetches (1961), about racial equality; The Butter Battle Book (1984), about the arms race; Yertle the Turtle (1958), about Adolf Hitler and anti-authoritarianism; How the Grinch Stole Christmas! (1957), criticizing the materialism and consumerism of the Christmas season; and Horton Hears a Who! (1954), about anti-isolationism and internationalism.” (https://en.wikipedia.org/wiki/Dr._Seuss)

I have fond memories of my mum getting stuck in his tongue twisters while reading me his books. I used to laugh so hard and beg my mum to read them again and again. I am now having fun reading them to my little boy as I did with my twin girls.

My childhood was composed of weird and wonderful childrens shows, HR Puff and Stuff, The Muppets and if you ever picked up a childrens book in the 1970’s the artwork is quite psychedelic compared to the books you get now.

I think this was the reason that many of these books and shows were a hit with kids and adults alike. They were fun, bright and colourful, did something different, made you think and used words that were made up and made you laugh in fits of giggles.

Dr. Seuss’s artwork is also amazing to look at, it is very detailed and just out there. He was a very clever man to write such fun and enjoyable books and to also illustrate them.

So imagine my shock to learn that a school in Loudoun Country in Virginia has decided to ban Dr. Seuss from their annual Read Across America day. Dr Seuss books have been involved in this event for over 20 years, and now on his birthday has been banned.

“Dr. Seuss’s birthday is celebrated on March 2 and it celebrates both the birthday of Theodor Seuss Geisel and the National Education Association to endorse the importance of reading. A lesser-known fact about Dr. Seuss is that he created the word nerd.” (https://nationaltoday.com/dr-seusss-birthday/)

It is such a pity that the school in Virginia has made this horrible decision to ban such clever and inventive books. Have you ever come across writing like this from other writers, NO, Seuss was one of a kind!

The reason for the ban is that his stories feature “strong racial undertones.”

I have never thought of Dr. Seuss books as being racist, hurtful or harmful in any way.

For me they let kids embrace the silly, the made-up and think that the impossible can be possible.

Dr. Seuss lets kids learn to pronounce weird and wonderful words and some words are just nonsense, but that doesn’t matter. Having the ability to read hard and funny words helps children figure out more words that are hard and then when they read the easier words it will of course be easy for them.

One claim against Dr. Seuss is that there is a lack of girls and women, and yes this is probably true. I am not sure what the answer here is, maybe Theodor Seuss Geisel created more male characters as they were stories written from the perspective of him as a boy, and therefore had more male characters. I think we need to reflect on the story, what it tells us and makes us feel before we jump on why there are not different races represented and also girls as well as boys.

Remember that these books were written a long time ago. You can clearly see that the years that Seuss wrote just a selection of the below titles:

Personally, I never thought that Dr Seuss books were racist or horrible in any way. I always liked them for a giggle, fun and creative made-up worlds, words and characters.

It wouldn’t have crossed his mind that he was not including items and characters that we are now believing should be there. As a woman who is a massive fan of the Seuss books, I am not offended in any way that there might not be more girls showcased in the Dr Seuss books.

In 1975 Dr. Seuss wrote a verse for the New York Times entitled The Economic Situation Clarified: A prognostic re-evaluation. (Taken from https://seussblog.wordpress.com/2014/03/10/oh-the-places-youll-go/)

“As our graph shows. Trends are trending.
This is good. Yet, nevertheless,
the destination of the trendings
is not simple to assess.

As of now, the Uppers are upping
and the Downers are droobling down
excepting on alternate Thursdays
when it works the other way round.

And there occasionally are occasions
when some Upper comes a cropper
and bottoms out at the bottom.
Then…
some Bottomer is the Topper.

Consequently, on the other hand,
I believe this can be said:
you’ll be wise if you step gently
whilst you tread on your neighbor’s head.”

As you can see Dr. Seuss was caring and wanted the best for the economy, the environment and the world around him. What he wrote in this poem in 1975 is also current in 2021.

DO YOU THINK DR SEUSS BOOKS SHOULD BE BANNED? 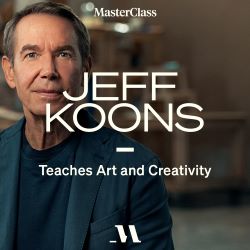 Oprah's Interview with Harry and Meghan