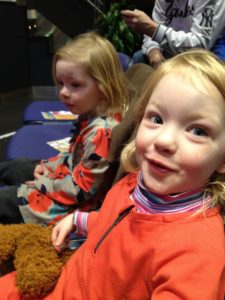 A while back I organised tickets for the girls and I to go to the Play School Concert. Tickets were affordable so thought why not, they love Play School and it was an activity to do with them. I did not realise when I booked the tickets that it was going to be in the first week of the school holidays.

I was hoping that the girls would get up and dance and be more involved in the show as they are older, however this was not to be. Maybe it was due to the number of kids, or that they were tired from visiting their great aunts and cousins the day before. Who knows but as soon as they were in the car they were singing all the songs and did not stop until we reached home.  Do your kids dance and get involved at concerts, mine don’t, and I was hoping that they would today. Both girls had a blast, but did not make it known until we were in the car leaving, they were singing and playing with their new toys.

As you would have guessed during the show, the girls noticed other girls and boys with toys that their parents had purchased. I did not want to, but thought why not.
We have been conservative with things and are not doing or going anywhere, so a treat this once should not hurt. I was asked for Jemima ballerina soft toy each. 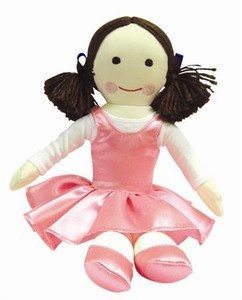 I did ask if they wanted a different type of Jemima toy, one had overalls, the other a blue dress and of course a pink ballet outfit. The girls seem to be very taken with pink and girly stuff. Although obsessed with pink, frills, and glitter they are still rough and tumble.

It makes me wonder why girls pick pink as the colour of choice. I was never that type of girl so I find it interesting, is it just down to sex that you should automatically like pink? Well I know some people who are female who hate the colour.

So as you might have guessed after the toys were purchased, kids were very happy. They have not stopped playing with their Jemima and have taken them to bed.

As I am pondering the pink colour issue, here are some articles that will help the debate or give you more information:

The second article above mentions that in the 1900’s pink was for boys and blue was for girls. Blue was considered daintier, and pink was a stronger colour that is closer to red. Interesting how times have changed. My girls have many other colours that are their favourite but lately it is pink, they fight over the pink plate and spoons. Just thought it was interesting that for the toy, they both had to have the girly pink one, it does look cute and is very lovely.

Have you gone to a show for your kids to then get them a toy? Did you plan on making this purchase? If you have girls, do they buy pink or prefer it than other colours? Send in your comments.