Do your kids love singing? Are they in primary school? Would you like to win fabulous prizes and have some fun? If you have said yes to any of these questions you can be part of this amazing competition.

The Australia Day Council of NSW (ADCNSW) together with P&O Cruises, the Department of Education and NewsLocal are calling on Australia’s youngsters to sing the national anthem, “Advance Australia Fair” loud and proud and enter the Little Aussie Songsters competition.

All you need to do is to record a short video of your child singing “Advance Australia Fair” and go to the Little Aussie Songster site to enter.

On the Little Aussie Songster site, there is audio of “Advance Australia Fair”, guides and FAQ’s on what to do and info that you might need.

Prizes that can be won are:

The overall winner of an individual entry will receive the following prize:

9 Night Explore the Loyalty Islands P&O Cruise, departing on Tuesday 25 August 2015 from Sydney for 2 adults and 2 children. This prize is valued at $3,996 as per full brochure fare issued in September 2014.

In addition, a prize will be awarded for the best video in each of the following divisions for an individual entry:

Divisions refer to the child’s Australian school year in 2014. 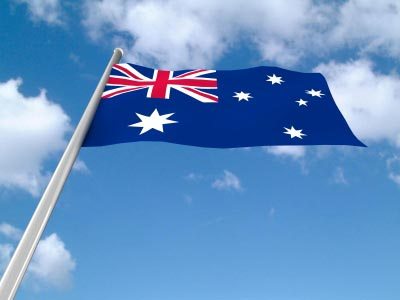 I hope the girls will give this a go, but they are generally shy once you start to film something. One in particular sings everything and I think she would love this. It would be nice to have them enter but will see what happens.

It would be a big of fun and you never know you might win something as well. I am drooling over the first prize and think that a 9 night cruise would just be amazing. For the individuals who win an iPad this will help with your schooling and if you need to purchase one for the year will save you having to get one yourself.

When does it end?

Good luck everyone and happy singing!

Make Sure to Get Vaccinated