I firstly thought that it could be his nappy. Solved and new one put on.

Secondly thought it could be that he was hungry. No he did not want food and would rather scream at me and also to fidget, turn over and over (he loves rolling over and likes to do this every chance he gets) on my lap and not get comfortable! Yes this was very annoying.

I tried the formula again and he would not have anything to do with it. OH geez more crying (especially in my ear and so loud that you cannot hear anything afterwards) and wiggling is going to happen now. I had to cuddle him until he passed out again and to make sure he was snoring before I could make the attempt of putting him in his cot.

Could it be bad dreams?????? Who knows and at this stage, I was trying to think of anything that could be waking up our baby. 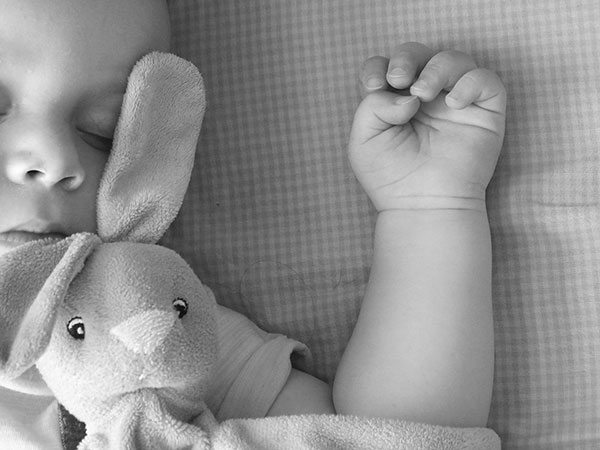 My sleepy little boy. I finally figured out why he was waking up at 4am. It was really simple actually. Read on to find out.

Fast forward to after we came home from Vivid (June Long Weekend), it was a Sunday afternoon. We came home earlier than expected from the city due to one of the twins being ill. Hubby fed the baby at about 3pm and he fell into a deep sleep and then the baby was wrapped up and put in his bed. All good.

11pm came around on the same Sunday evening. Hubby and I were watching television and I said when did we feed the baby? He thought about it. It was around 3pm. Gosh I thought. The baby has been asleep for a long time. I told hubby that I think we need to check that all is okay with Alexander and that there was nothing wrong.

He cautioned me… He said, “If you wake him it is your problem to sort out”. I told him fine as I was getting worried due to the fact that he had been asleep so long.

I carefully opened his door and heard breathing and the baby turn over. All good. However, due to the fact that it was afternoon when the baby was put down for a nap his night light was not switched on. Normally we keep it on to help Alexander not get upset if it is too dark. The twins had a night light when they were babies and we noticed that when Alexander was little he wanted the reassurance of the light.

However this could be the reason that he was waking up at 4am and being so out of sorts. He must have been half asleep and then the light woke him fully. Without the night light when he wakes even a little, he rolls over and goes back to sleep.

How simple the answer was. Turn off the night light! Ever since coming back from Vivid we have left the babies night light off and suprise, he has slept through the night.

Yep genius here…. Turn off the light and the baby will sleep! You heard it here. Sounds really obvious doesn’t it. The light woke him up.

I told my nana this and she said, really it was just a light and all you needed to do was turn it off. I said yes and she laughed and laughed at me. Yes it sounds silly and so simple but when you are so used to your routine and thinking that it is needed you just do it. You don’t question it.

Have you found there was something so simple and obvious that has made the world of difference with your kids or baby? Was it as simple as turning off the night light? Let us know.