Do you need a fun thing to do with the kids? Why not take them to the Glow Worm Tunnel outside Lithgow. This is a great adventure for kids but also for adults. Hubby and I had never been before and we thought it would be a fun family day out. 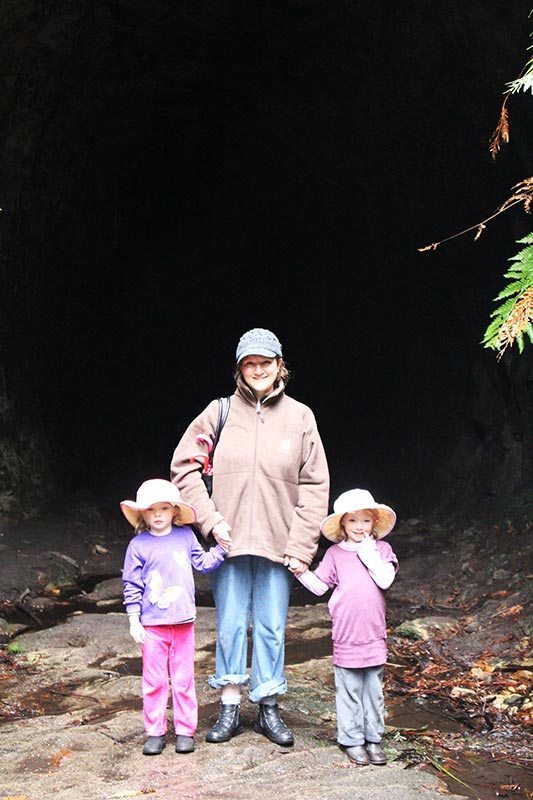 The girls and I outside the glow worm tunnel

Where Is The Glow Worm Tunnel?

The glow worm tunnel  is located in the Wollemi National Park. The glow worms live in an old rail tunnel that is 400 metres in length. The address is : Glowworm Tunnel Road, Newnes Plateau NSW 2790.

What You Will Need 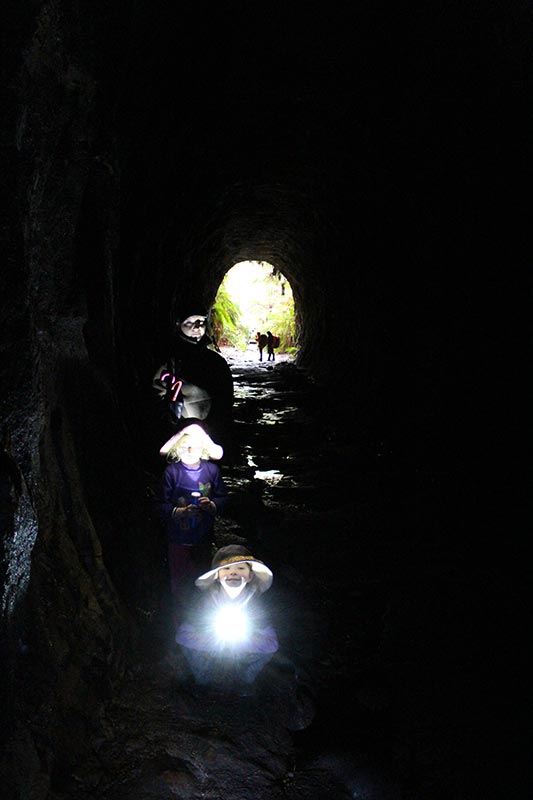 The girls and I in the glow worm tunnel. This is the best picture in the dark with the torches.

When we went it was raining but not bad. More like spitting. It was wet and the kids had umbrellas although I held them mostly due to the kids needing to have both hands available for the bush walk. It was not a bad walk for kids to do, however if it is wet and rainy you might want to wait till it is dryer to do this. Some parts were soaked with water and it was hard to get in and out without getting a bit wet. You might notice that my jeans were rolled up. That was not a fashion choice, but more to prevent wet pants.

After we exited the tunnel the rain had passed and blue skies were everywhere. It was like the storm and rain never happened.

Great video about the history of the glow worm tunnel and getting there.
This video will show you the glow worms in the tunnel. Wish we captured it as well.
Video from Holiday Hunter

The walk back to the car park was not to bad and we were glad it was not raining. The glow worms were amazing! Hubby gave the kids a talk before we went into the tunnel and told the girls that we must be super quiet as glow worms hate noise. The girls were super quiet but I wish that was the case for all the other people that were there. People were yelling Cooee! Yelling and laughing and just being very noisy. We saw some lovely glow worms but they got frightened of the noise from the others. We stood in the tunnel for a bit as the glow worms come back after a while and they did. The twins loved it and raved about it at school. 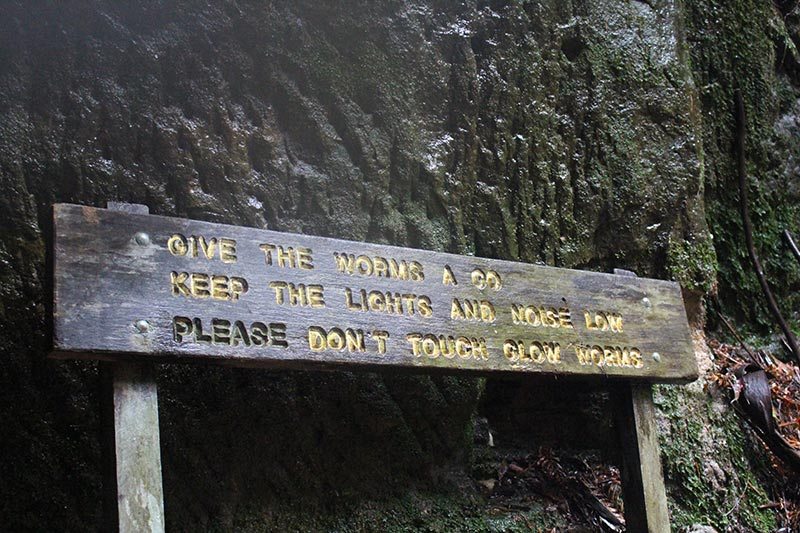 Great reminder to be quit so you will see the glow worms. Glow worms don’t like noise!

On the whole I would do this walk with the kids and it was very easy and stress free. So if you have kids and want to do something different, give the glow worm tunnel a go. 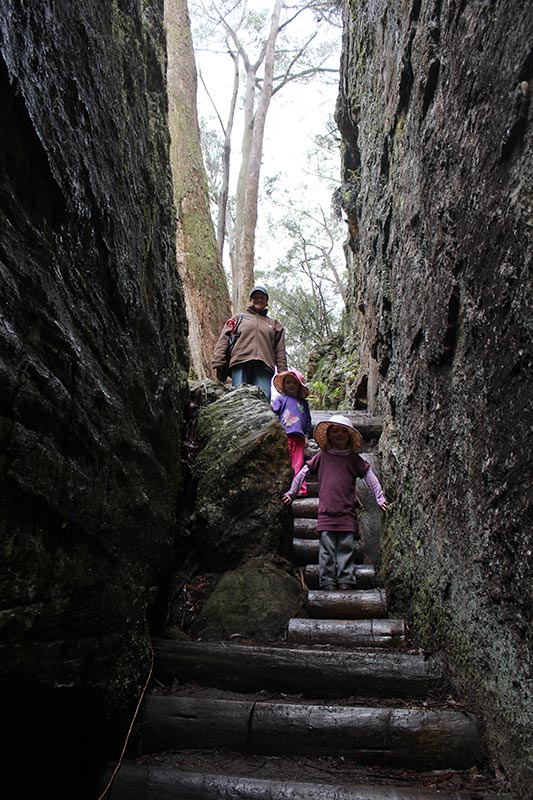 Such wonderful views on our walk to see the glow worms. 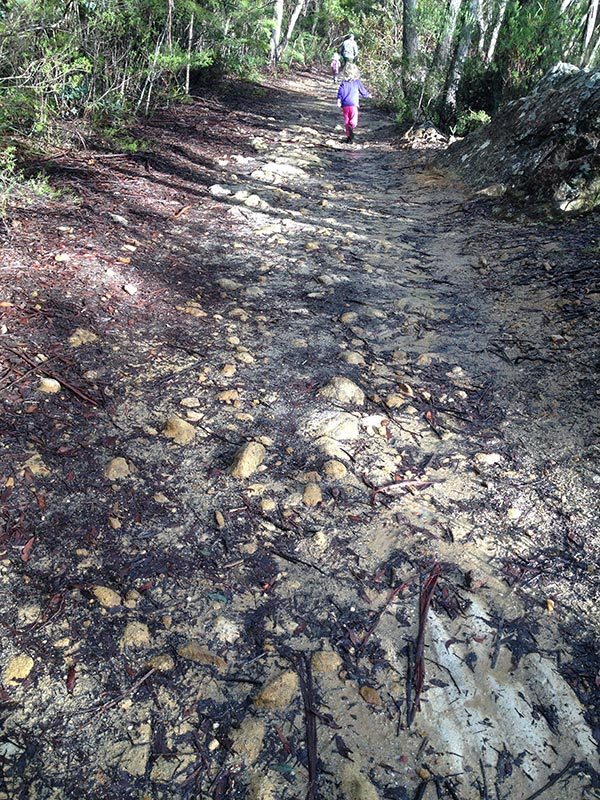 On the trail to exit and go home. On the way back to our car. 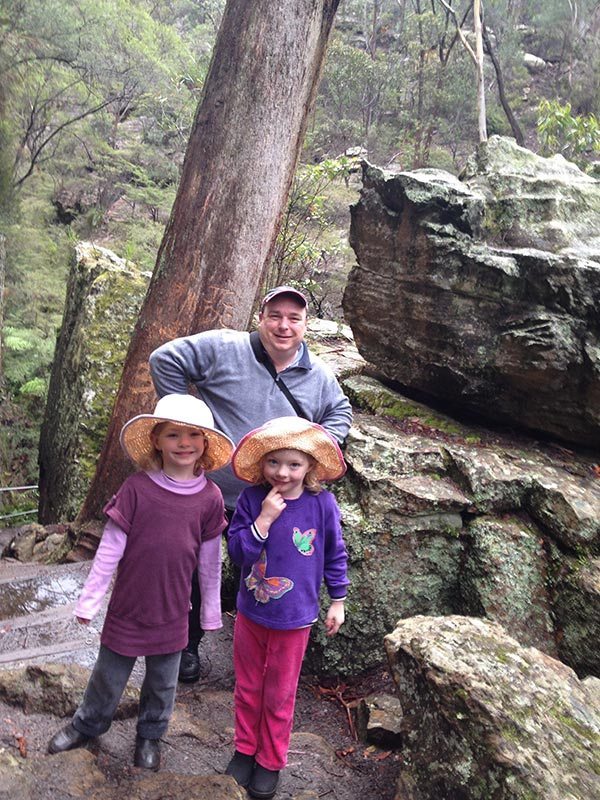 Hubby and the twins. Love this picture, All look very happy.

Enjoy the glow worm tunnel we had a great time.