Do you love Disney Films? I do! I love the magic, the wonder and the imagination that the films have. It also makes you feel like you are in the created world and it makes you want to go back again and again. Maybe I have never really grown up and that is why I still adore Disney Films.

So when I got an email asking if I would like to attend a Disney Premiere…… of course I said YES! Wouldn’t you? I bet you would!

Due to this fabulous event being held on a school night it took a bit more to organise kids and myself getting into the city. I got the kids an hour early from school and we raced home to get dressed and ready. Once all done, we got a taxi to the train station and then we were off to the city.

I fed the kids in the city as the film was going to end late so wanted to make sure their bellies were full before the show. Once dinner was completed we walked over to the movies and waited for hubby.

Normally on a Monday night we are home, and doing all the normal Monday night things. Homework, Readers, Making dinner and the like. It was a nice a change to be in the city with the family for a fun event.

So what film did we see?

We saw Inside Out. Yes we were lucky to get tickets to see it before the film officially opens on June 18th, this Thursday actually.

If you have not seen the trailer for the film, check it out below. This is one of my favourite parts of the film.

What is Inside Out About?

Riley who is an eleven year old girl moves from Minnesota due to her dad that he has a new job. They relocate to San Francisco and this is where Riley struggles to stay happy due to her new home, new school, new friends and new city.

Riley’s emotions, Joy, Fear, Disgust, Anger and Sadness try and help with this adjustment to San Francisco however Sadness accidentally turns a core emotion that was happy into a sad one memory. This impacts Riley’s emotional state and she struggles to keep joyful and be her usual self. With the loss of Riley’s core memories, Joy and Sadness work on trying to restore them so that Riley can once be her happy self.

The other emotions are left in the control room to help right the mistake but due to Joy and Sadness being available, Anger, Disgust, and Fear are left to help Riley.

This film is a great way for children to address emotions and understand how certain feelings impact your character and you as a person. 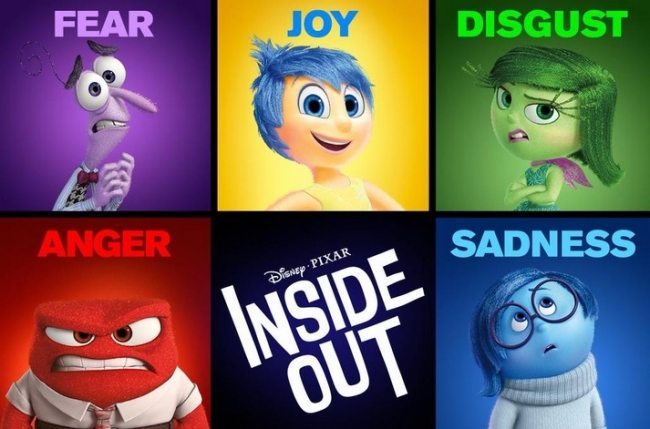 The emotions from the film Inside Out.

For the premiere it was in 3D and I had no idea. It was very impressive and it looked amazing. Not sure if every cinema is running a 3D version of Inside Out, you might need to check. I also don’t know if it was just something for the preview.

It is a great film to take the kids to these school holidays. You will love it just as much as the kids.

We all had a great time. It was a huge day and we got back very late for a school night. Although it was a HUGE day it was worth it and we were glad to be part of it. Thanks Disney for the invitation to the Inside Out Premiere and we all had a blast!

Here are some of the pictures from the night. 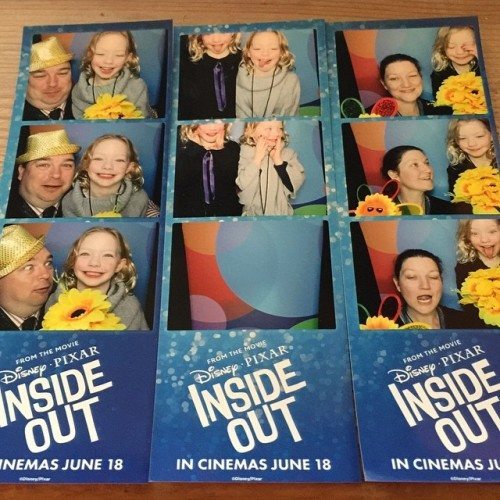 Family photo booth fun at the Inside Out Premiere.

I’m sure you will be in love with this film as much as we did. Have fun and it is just in time for the holidays.

Have you seen Inside Out? What did you think? What was your favourite character? Was it one of the emotions?  Let us know.