The girls birthday party was at a local park this year, and as mentioned in a previous post was a teddy bears picnic this year. We were lucky that the weather was good and not too cold and not too hot.  Not many people rsvp’d so was not sure how many to expect but was happy when nearly all invited turned up at the park. The girls were happy to see their friends from childcare, next door, pre-school, family and friends of mummy and daddy came also.

Julia playing in the lake

Both girls were very spoilt by such lovely presents and I was thankful that we did not get given anything too big! We have a small house with no storage so big toys would have been a hassle and a worry – where to put it all. I currently have the problem with the stuff we already have so have to juggle things around again. I am sure every mother or person goes through what is used and not used. I give to charity or chuck what cannot be given away. So will go and do that again.

As you will see from the picture of the cakes, we made two cakes in the shape of a 4. This was all due to my nifty purchase a cake tin that can do any number combination. I purchased it after Christmas last year and think it was a marvelous thing. Have used it a couple of times but not for a birthday party. If you are interested the one that I have got is a Wiltshire Bake A Number Cake Pan, it is great and can give you all the numbers so no more multiple cake pans and worry, it can also do letters as well. 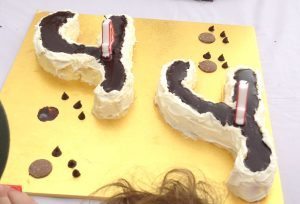 If you are planning a party I would recommend having it in the park (as long as the weather is good), it was much less fuss than having it at the house. As mentioned we don’t have a lot of space, so the park gave the kids room to run wild and for us to not worry about the numbers. The cleaning up aspect was easier as well as we just had to take things home or put things in the garbage so easy all round. We did hire a big table and six chairs to give some people places to sit and room for the party food, but other than that it was all simple to organise.  Maybe next time I will not be ill with the flu for it all, next party it would be nice to feel better. Have you had parties in the park for your kids? Has the weather behaved? If not what happened, and did it the party still go well? Send in your comments. 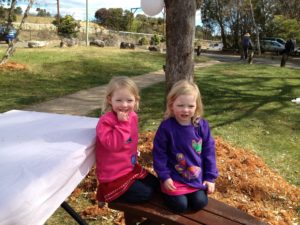 Shows to Binge-Watch While in Lockdown

The Marvelous Mrs. Maisel Is A Must See